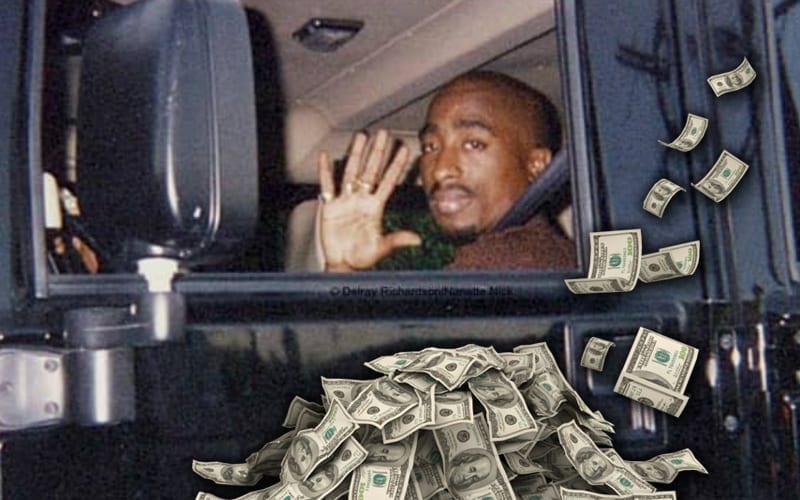 NFTs are all the rage right now and one might go for a ton of money to the right collector. Tupac is missed by millions, but one lucky fan will get to own the exclusive rights to a rare photo of the famous rapper.

Producer Delray Richardson has a photo up for sale of Tupac and that NFT is getting some major interest. The story is that Richardson snapped this photo in 1996, weeks before Pac was murdered in Las Vegas.

The story for this photo is pretty amazing and he shared it all on his Instagram account.

There, Delray spotted the black Hummer and said to his friends, “There’s Tupac right there in his black Hummer” as he was making a right turn onto LaBrea from Sunset Blvd. That’s when Nanette and Ingrid yelled, “Catch up to him Delray!”. Delray calmly said, “It’s all good, I got you!”. As they pulled up alongside Tupac at the red light on Fountain and La Brea, Delray said, “Yo Pac, these are my homegirls from Maryland, they wanna take a picture with you.” Tupac kindly said, “I can’t get out of my car because there’s too much traffic.” So Delray grabbed the camera and passed it to Nanette and said, “Take a picture, it’s better than nothing”. At the same time, Ingrid said to Tupac, “Tupac, can I ask you a question and he replied, ‘Sure baby'”. Ingrid said, “How many times did you get shot?” (Referring to the 1996 shooting at Quad Studios) And that’s when Tupac put up his 5 fingers and said “Five,” as Nanette simultaneously snapped the picture. And that all took place while stopped at a red light in Hollywood. Tupac was shot again on September 7, 1996 in Las Vegas and passed away on September 13, 1996 from the gunshot wounds.

Richardson met the late Tupac Shakur at Bowie State University. They later co-wrote “One Day at a Time,” which was redone by Eminem for the oscar-nominated documentary “Tupac: Resurrection” and it also appeared on the soundtrack. It was renamed Em’s version. Delray has been named co-writer next to some of the biggest names in hip-hop history like Tupac, Eminem, Dr. Dre, 50 Cent, Melle Mel and The Game.

In case you’re wondering if that Tupac photo is in your price range, the starting bid is $1 million. That might be a lot to pay for that pic, but the value of non-fungible tokens is a very new and groundbreaking idea in today’s marketplace. Obviously, plenty of people are getting involved.