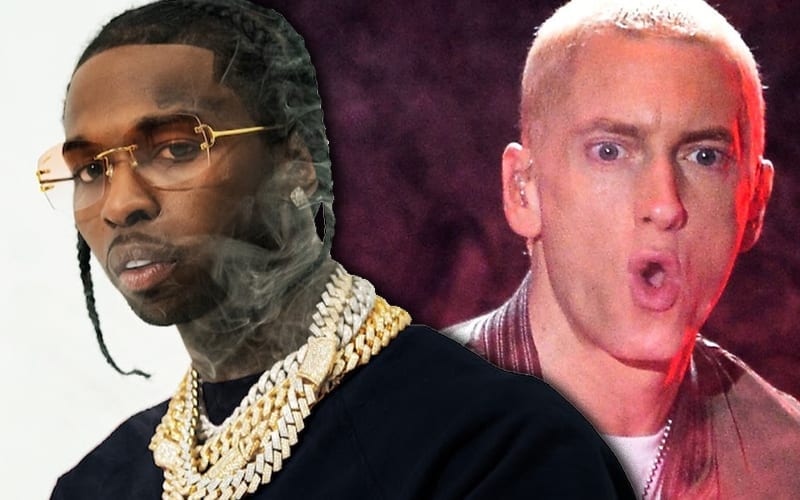 Pop Smoke was murdered during a home invasion while he was staying at Teddi Mellencamp’s rental home. At around 4:30 AM on February 19th, 2020, four hooded men, including some wearing ski masks, invaded the home and Pop Smoke was shot twice in the chest. His legacy is living on long after his passing.

The deceased rapper’s debut album “Shoot For The Stars Aim For The Moon” has taken spot as longest-running album of Billboard’s Top Rap Albums. The record was released in July 2020 and has been steady on the chart since.

This achievement pushes out Eminem’s Recovery album which spent 19 weeks as the top album in 2010 to 2011. Drake’s Take Care spent 16 weeks on top followed by Macklemore’s The Heist at 13 weeks and Kendrick Lamar’s DAMN which had the top spot for 11 weeks.

Pop Smoke’s work continues to make history. We will have to see what the future holds for his memory, but fans are obviously still buying up his records.