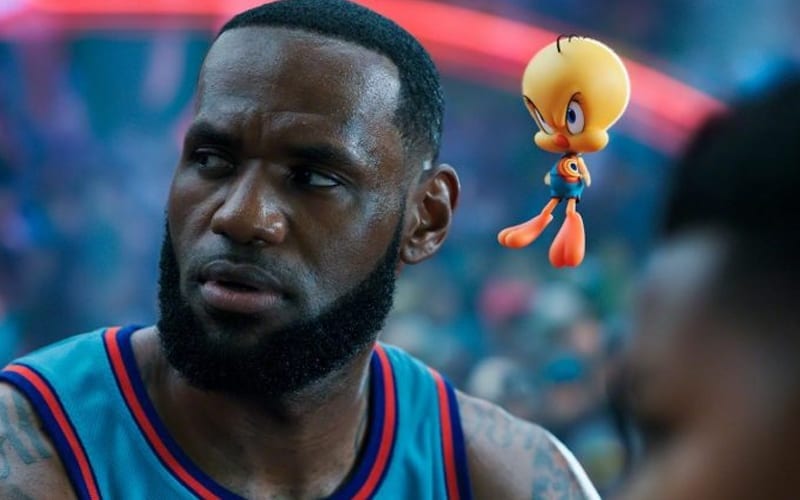 Space Jam 2 is set to be released on July 16th in theaters and on HBO Max. LeBron James and the Looney Tunes characters are set to make a big splash on any screen you watch the film.

This film has been in production for a very long time, and some doubted it would take place. Lebron is set to lead the Tune Squad this time around in a sequel to the Michael Jordan starred 1996 film.

New photos from Space Jam: A New Legacy dropped through EW, and it’s quite a sight so far.

“It’s something Mike created and is his,” Lebron James said to EW. “I held that with a lot of responsibility. I had that wow moment, like, ‘Mama, I’m doing this. [I’m] really shooting Space Jam,’”

Lebron James took to the movie set just like he did on the court. The NBA megastar listened to his acting coach, because he wanted to sharpen his skills along the way.

“Just like in the NBA, I like to be coached by my coaches,” James explains. “I was the same way on set.”

We’re still waiting on details about the plot and other NBA cameos. This will certainly be a big movie for younger fans and millennials looking for a bit of nostalgia.

You can find some of the new first look photos below.