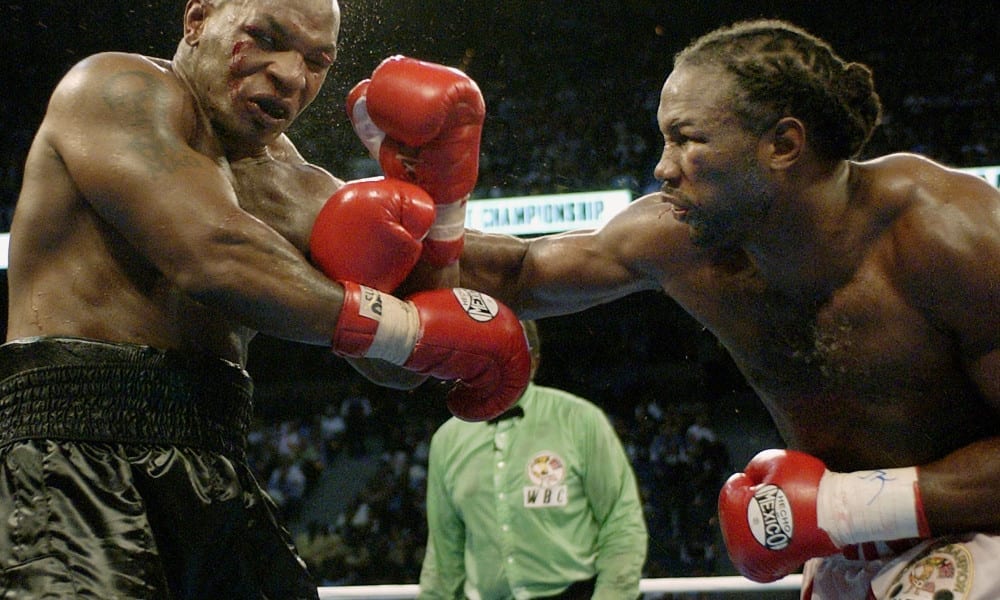 Lennox Lewis was one of the biggest stars during his time as a professional boxer. He is especially known for defeating Mike Tyson via Knock Out in the 8th round when the two squared off against each other in June 2002.

The match also had some infamy to its name during the buildup, which included Mike Tyson threatening to ”eat” Lewis’ children. Tyson would later go on record to say he regretted ever saying that to Lewis.

Now it seems Lewis is actually open to facing Mike Tyson again, in what is undoubtedly a long-awaited rematch. However, the likelihood of the match actually taking place is uncertain.

While Mike Tyson proved he still has the skills after his performance against Roy Jones Jr. last year, Lewis hasn’t fought professionally since 2003. That time he defeated Vitali Klitschko in a regular match.

Lewis told TMZ that he is open to a match against Tyson if fans really wanted to see it and if the situation was perfect.

“I don’t know. I don’t really have nothing pushing me in the ring right now. People would love to see that fight but I don’t know.”

We will have to see whether the rematch becomes a reality someday. It certainly would generate enough hype to make it a memorable event.