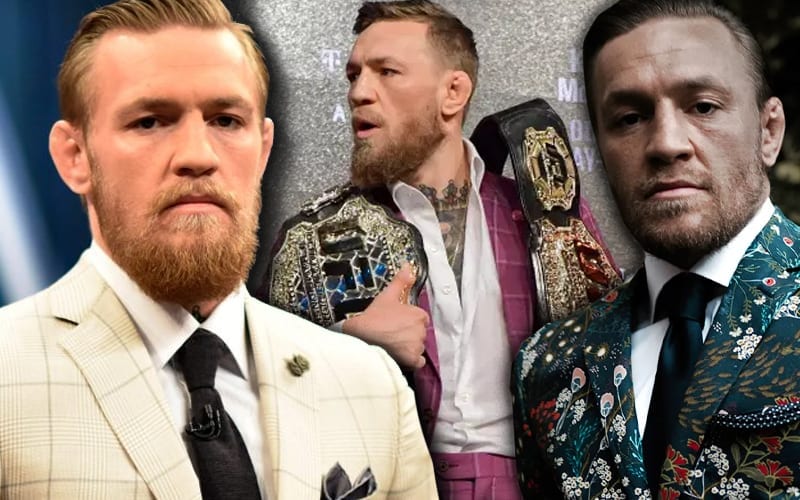 Conor McGregor is known for a few things outside of the Octagon, his flamboyant and sometimes volatile temperament comes to mind. He often looks great while causing a stir in a high-priced suit.

David August Heil, a veteran tailor working in the business of suits since 1989, sells to the stars. He has made suits for any number of high profile names including Elon Musk, Will Smith, Clint Eastwood, Warren Buffett, Kobe Bryant, and Sylvester Stallone. Naturally, Conor McGregor is a client as well.

Heil’s suits aren’t cheap, even for the lowest priced offerings. You’re looking at $2,800 for something off the rack, and tailor-made is at least $5,000. McGregor’s colorful suits are on another level completely.

Those colorful coats run McGregor around $14,000 and above. Notorious is a very good customer because he’s known to buy 8 to 10 at a time, always keeping more on backup.

McGregor and Heil are business partners too. They announced a clothing collaboration in 2016 and you can currently buy a selection from McGregor’s “F*ck You” Collection for around $6,500.

It costs a lot of money to look like Conor McGregor, and he spent a ton of cash keeping up that appearance.