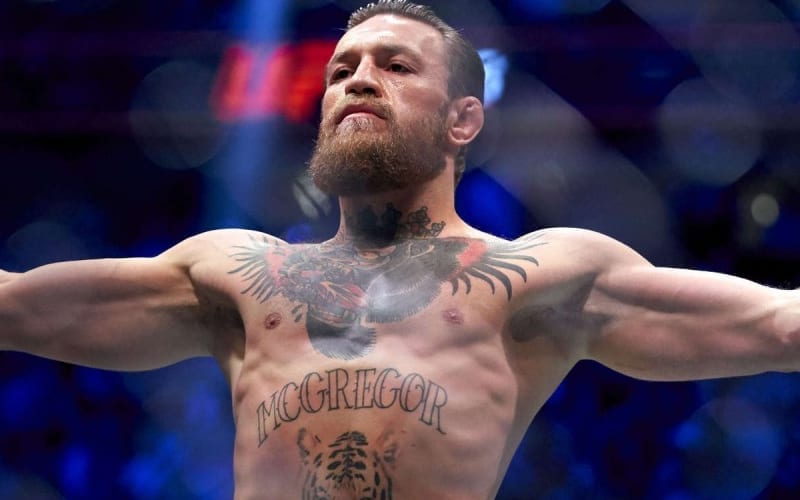 WWE has yet to pull in Conor McGregor, but recent activity on social media could spell light at the end of the Notorious tunnel.

Conor McGregor saw this tweet and he responded saying: “No more mr. nice guy!” Needless to say, that brought a lot of attention. It appeared that McGregor was showing interest in a WWE jump for some.

Triple H was watching this all go down on his timeline. He piped in saying: “Just say when.” Obviously, the door is open on WWE’s side to deal with Conor McGregor.

This very well could have just been a way to promote Conor McGregor’s new action figure. It certainly gained a lot of interest within the Internet Wrestling Community.