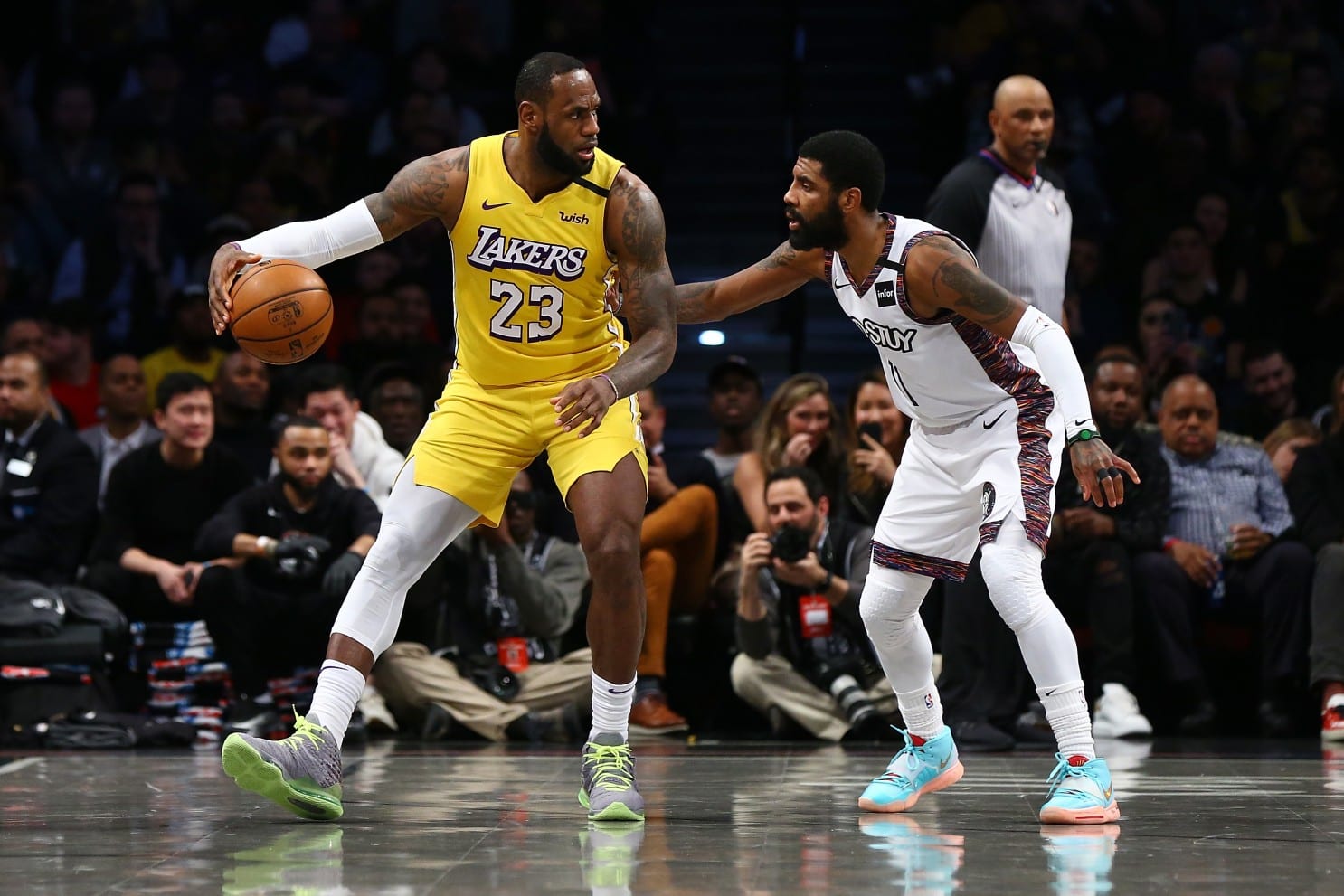 The Los Angeles Lakers took on the Brooklyn Nets on Thursday and it was a very intense game of basketball. A notable aspect of the match was that it was also a reunion of former Cleveland Cavalier teammates LeBron James and Kyrie Irving.

Fans who have been following both of their careers are well-aware of the history between the two players. During the game’s second quarter, DeAndre Jordan was hit with a defensive three-second call and James was selected to be the one to shoot the technical free throw.

LeBron James didn’t have the best track record when it came to free throws throughout his career and he unable to make the shot during that game as well.

After James missed the free throw, cameras caught Irving trash-talking James and his teammates, where he said:

James and Irving were teammates from 2014-2017 and also made history during that time as they were the first team to overcome a 3-1 deficit to win the NBA Finals.

The Lakers ultimately were not able to defeat the Nets as the game ended with Nets scoring a 109 while the Lakers got 98.