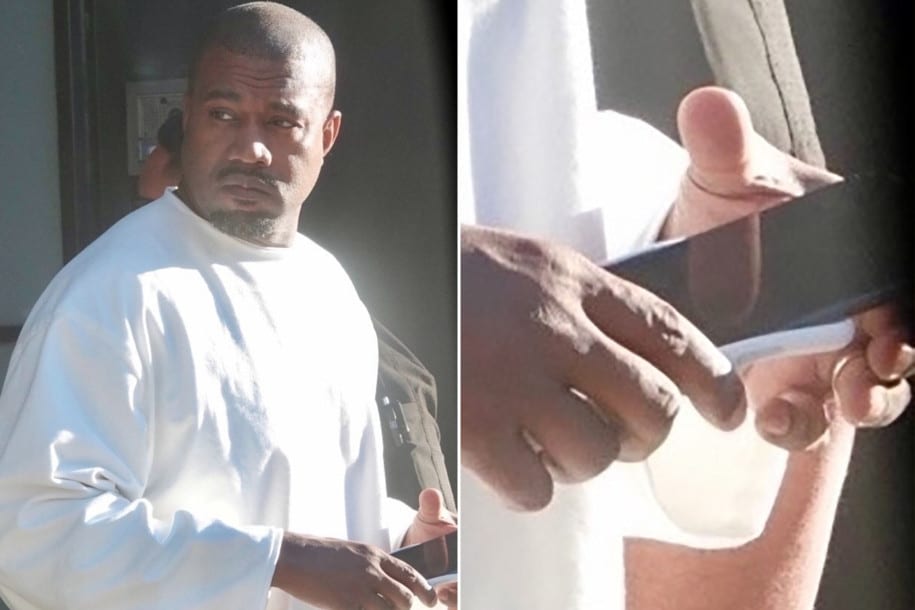 The new year didn’t exactly start off the way rapper Kanye West imagined as he and Kim Kardashian are set to get a divorce very soon. The two have been together for six years and have four children.

However, it seems West might still be clinging to his marriage. West was recently spotted wearing his wedding ring despite the ongoing divorce between the two.

Photos of West were taken when he was out in Malibu, CA on Wednesday, where it was revealed that West is still wearing his gold wedding band.

As reported by Page Six, West came back to California from his Wyoming ranch, likely to begin on his collaboration with GAP. It is set to hit the shelves in the first quarter of this year.

West and Kardashian have been living separately in Wyoming and Calabasas with the children respectively. Kardashian also hasn’t been seen wearing her wedding ring in recent photos on social media.

Soulja Boy Says The Rap Game Is ‘Faker Than WWE’
4 hours ago by Pumpkin Escobar
🤣🤣🤣 No one is gonna listen to this one hit ...