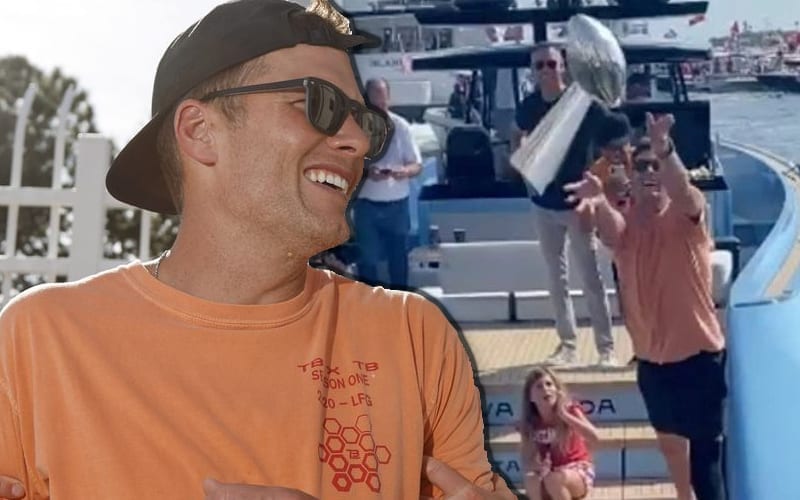 Tom Brady led the Tampa Bay Buccaneers to a Super Bowl win and they had quite a party afterward. That resulted in a video that has gone viral of Brady heaving the Vince Lombardi Trophy from boat to boat during their river parade celebration.

While speaking to Good Morning America, Brady admitted that he threw the prestigious trophy because he was hammered. It seemed like a good idea at the time. Thankfully, the trophy didn’t take a swim or injure anyone.

“First of all, there was not a lot going through my mind. That was not smart for a couple of reasons. First off, if we drop it, that’s a little bit of a problem, but the worst thing is that the edges on that trophy are so sharp and if those things clipped one of my boys on the other boat it would have been an ugly parade.”

Brady really cut loose during that parade. “I had a lot of fun,” Brady admitted, but he didn’t love everyone filming them with their phones. That’s just not his personality. This is why he doesn’t really go out much. After watching that parade performance we can see why.