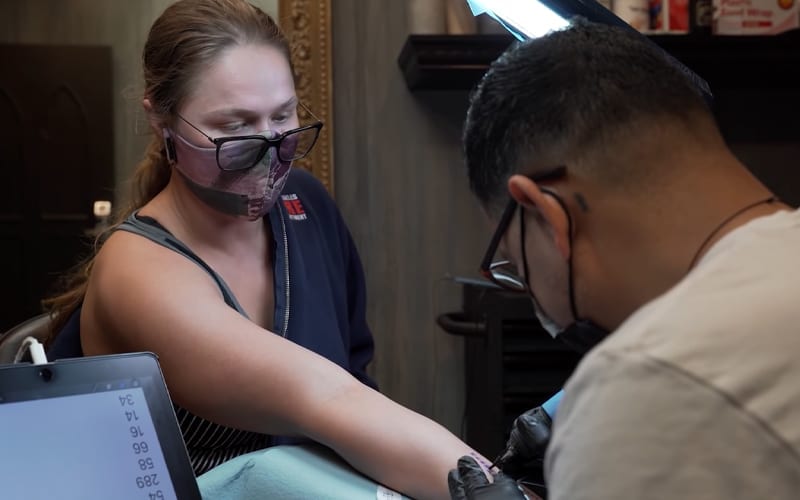 Ronda Rousey is apparently coming back to WWE sooner than later. She will have some new ink when she does.

The former WWE Raw Women’s Champion recently shared a video where she got some new tattoos. Those tattoos are related to her achievements in MMA.

Ronda Rousey has racked up plenty of wins in a matter of seconds. Her new tattoo is a list of the number of seconds it took her to beat opponents. The tattoo uses dates from her 2010 MMA debut to her last UFC victory in 2015.

You can check out the new video below. She is obviously proud of this new tattoo, and the history behind it.