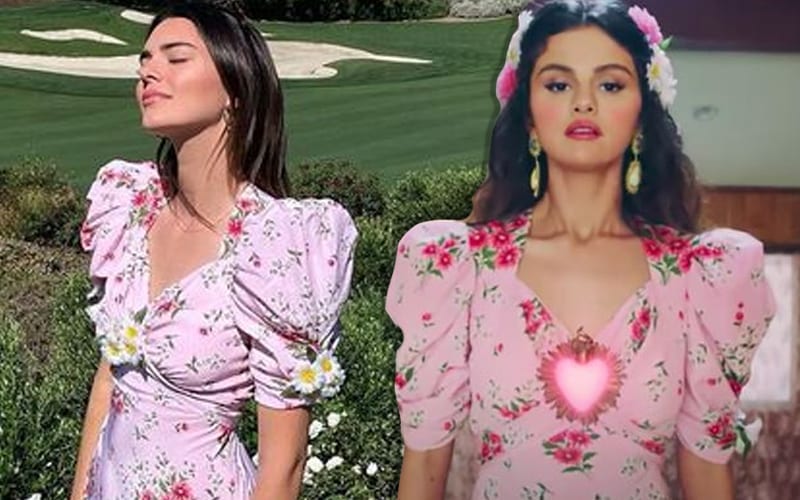 Kendall Jenner recently smashed that “Send” button which was quickly followed by a search for the “Delete” option.

Jenner celebrated Easter in a $2,645 pink floral Rodarte dress. Selena Gomez wore that same dress in her De Una Vez music video in January. Those two having similar tastes in style was not what sparked the controversy, it’s what Kendall tweeted about it.

Kendall Jenner sparked this controversy as she tweeted out in reply to a fan saying that she wore that dress better than anyone else. “Had to take it home from set,” she said.

She was shooting with Vogue China in January when she wore that dress. It’s possible that Kendall Jenner is unaware of the dress battle currently being waged by fans. She still deleted that tweet upon noticing some of the nasty replies in her notifications.