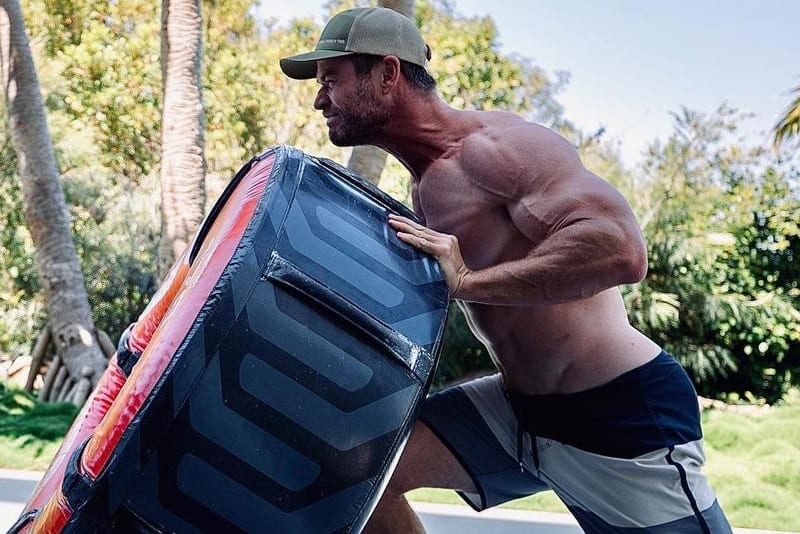 Chris Hemsworth truly made a name for himself by portraying the role of Thor, the God of Thunder in the Marvel Cinematic Universe movies. After Avengers: Endgame, half of the original Avengers have retired from active duty, with Hawkeye, Hulk and Thor being the only heroes left.

Thor is set to have a forth solo film titled Thor: Love and Thunder and it seems Hemsworth has worked the hardest he ever has for the upcoming film. With Taika Watiti at the helm for the fourth film, there is undoubtedly a lot of anticipation for the film.

While speaking to The Telegraph, Hemsworth revealed that the actor been the “fittest and strongest” he has ever been in his years playing Thor.

This is probably the fittest and strongest I’ve been before all the Thors. Having this time at home meant I explored different methods, to see how I can manipulate my body with just the right amount of powerlifting and bodybuilding workouts.

There’s an aesthetic that the role requires. Bodybuilding is seen as vanity, whereas if I put on a bunch of unhealthy weight, or got unhealthily skinny for a role, I’d probably be called a serious actor. The training across 10 years of doing it is a full-time job. That and then a 12-hour shooting day – it’s real grind. It’s incredibly rewarding, too – you have to look at it like a professional athlete.

Currently, no details regarding the plot have been revealed despite the film being officially announced back in 2019. The film is set to release on May 6, 2022. We will have to see how it will turn out to be.