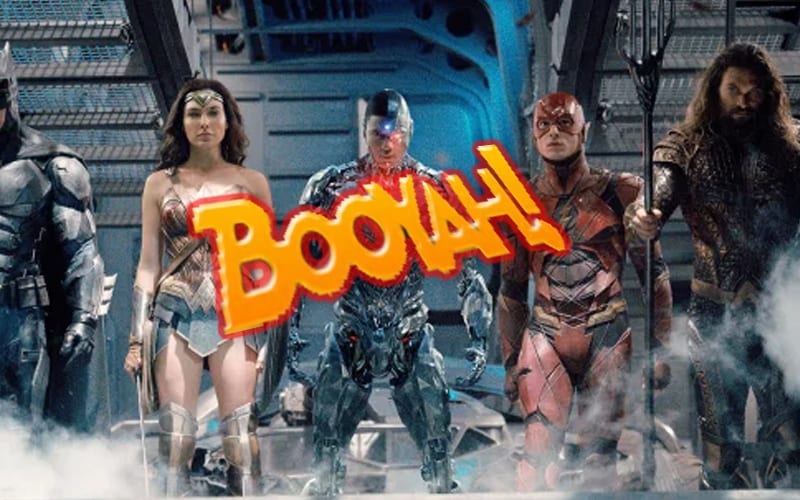 Companies make a ton of money with merchandising, but you need something catchy to slap on that mug, t-shirt, poster, or whatever else you want to sell. There was almost a very interesting catchphrase for the Justice League.

The Hollywood Reporter revealed some very interesting aspects about the creative process that the theatrical version of the Justice League went through. The studio wanted something they could market and the phrase BOOYAH was a great source of contention.

The tension only escalated when the issue of having Cyborg say “booyah” arose. That phrase had become a signature of the character thanks to the animated Teen Titans shows, but the character had never said it in the comics or in the original script. Fisher says that Johns had approached Snyder about including the line, but the director didn’t want any catchphrases. He managed the situation by putting the word on some signs in his version of the film, as an Easter egg. But Johns’ rep says the entire studio believed the booyah line was “a fun moment of synergy.”

BOOYAH didn’t make it into the Justice League, but it wasn’t for lack of trying. In the end, things turned out for the best, but it took far too long and Zack Snyder ended up having to re-cut the whole film.