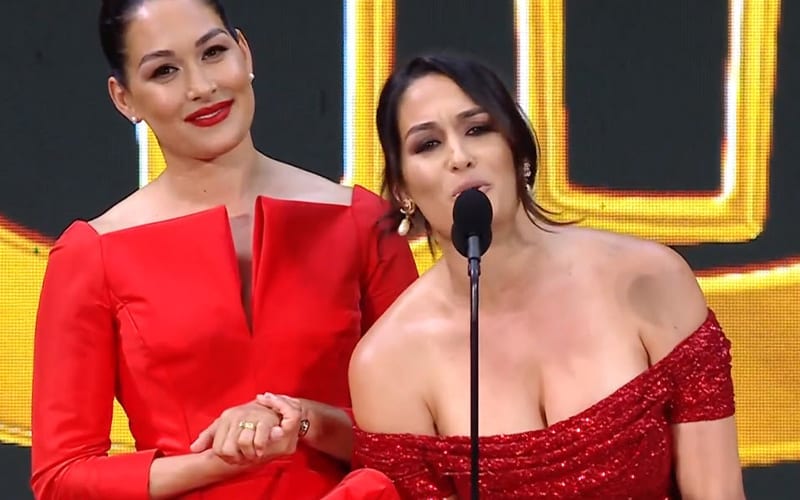 Nikki and her sister Brie Bella are now WWE Hall of Famers. During their induction speech, Nikki Bella couldn’t help but thank someone who was very helpful for her career: John Cena.

Bella and the 16x World Champion were engaged to be married at a point. They called their marriage off, but the two are still respectful. During The Bella Twins’ induction speech, Nikki took a moment to thank Cena.

It was pretty obvious who she was talking to in that portion of her speech. There are only so many people that she calls “John” and she had already thanked her step-father Johnny Ace.

The Bella Twins were able to make their way to Tampa to accept that Hall of Fame honor. John Cena could not attend because he is in Canada filming the Peacemaker spin-off for HBO Max.