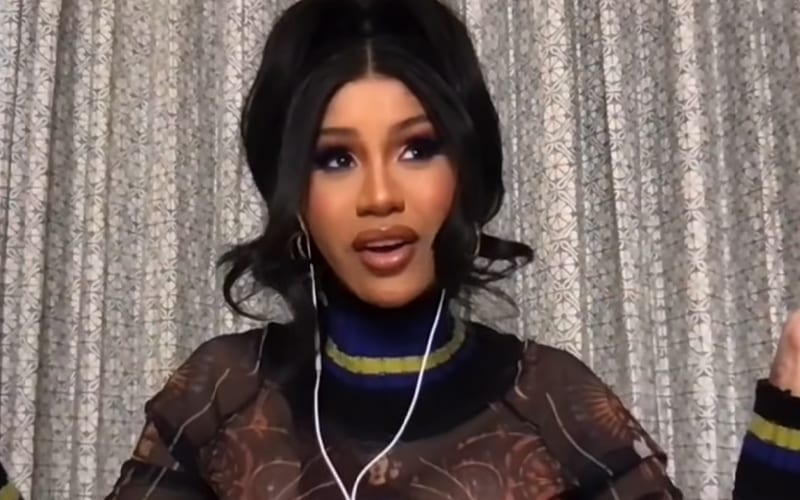 Cardi B is hard at work on her next record and the sound is inspired by a few sounds that really connect with the WAP rapper.

While speaking to XXL Magazine, Cardi B revealed that the COVID-19 pandemic really threw a wrench in her plans to release a follow-up to her debut record. She had to stop working on her record for a bit.

Now Cardi B is in the mood to meet up with people after so much isolation. She wants to have a better vibe and conversation, and she is especially excited about the album release party to come.

“I feel like at this point, it’s like a timeline that I created. Because last year, I was like, I gotta put out my album this year. But, then I just stopped working on my album out of nowhere because I feel like the whole COVID thing discouraged me to put out my album. Because I want to put out an album, and I want to tour…I want to meet up with people. I want to have a conversation. It’s a better vibe. I love album release parties. I would love an album release party in New York. I could have one in Atlanta, but I want one also at home. And I want to see people.”

When it comes to the musical influence for her next record, Cardi B said it’s been challenging. She likes the trap style which she keeps drilling into her head.

“I’m not even gonna lie, it’s a little bit challenging because it’s like, I’m young and I like trap. When I started rapping, if you listen to my mixtape, I like drill. My thing was always like, drill. I like drill Chicago music a lot. So that was my thing. I’m more of a trap, new era-type of rapper.”

We’ll have to wait for Cardi B’s next record. It is sure to draw plenty of attention just like everything else in her career so far.