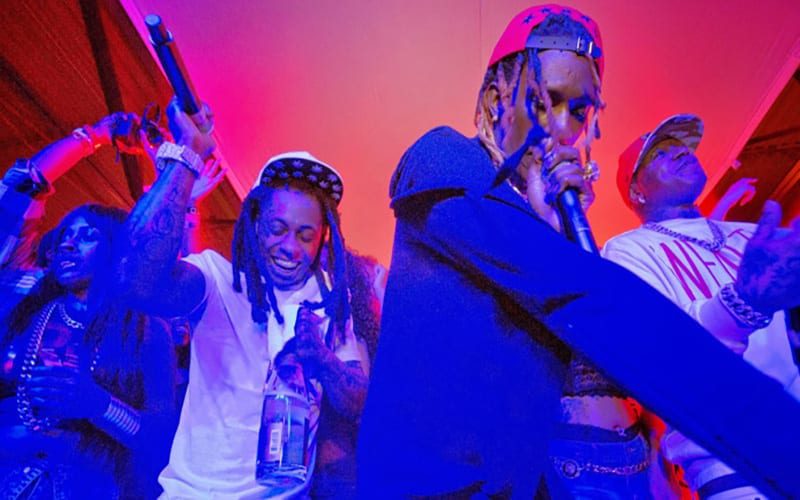 Young Thug & Lil Wayne had always been at odds with each other, and their beef was one of the most tensed relationships in rap to have ever existed. Having found common ground throughout the years and having established some camaraderie with each other, the two have joined each other in a studio session that spanned over the weekend.

A new video that recently surfaced shows Wayne and Thug with each other, working on a collaborative effort. Since there’s no music being heard in the background that could give away what were they working, fans would just have to wait for the track to drop, which is probably coming soon.

While Wayne & Thug have collaborated before on the song Slime Season‘s “Take Kare,” their history is rather shaky and the two had a beef that goes all the way back to the release of Young Thug’s Carter 6, which seemed to Lil Wayne like a parody of his mixtape Barter 6.

Young Thung, when appearing on the Million Dollaz Worth of Game podcast, revealed that even though he was an explicit fan of Lil Wayne, they didn’t exactly start off on the right foot.

I got that n-gga name tattooed. This n-gga’s name tattooed, it’s gang. He knew [I was a fan], for sure. I’m honest. I’m just a real person. I don’t know how to be in a room and be fake. Man that n-gga gotdamn … the first day he didn’t dap me up. Tried me. Now my feet hurt and I’ma real stepper. Left the pimpin’ hanging. One time I dapped him up (and gave me weak dap). I’m like, ‘Hey listen bruh, I’m never touching your hand again.’ Just off of that. I’m a player, I’m a real player and I don’t give no fuck. Nothing about me is a groupie, no nothing! You inspired me.

After Wayne spoke to Drink Champs in 2020, he revealed that there was no animosity between the two. He said “When we talk personally, he’s got nothing but respect for me. Before he says one more word to me, he lets me know how much he respects me and is a fan of my shit.”