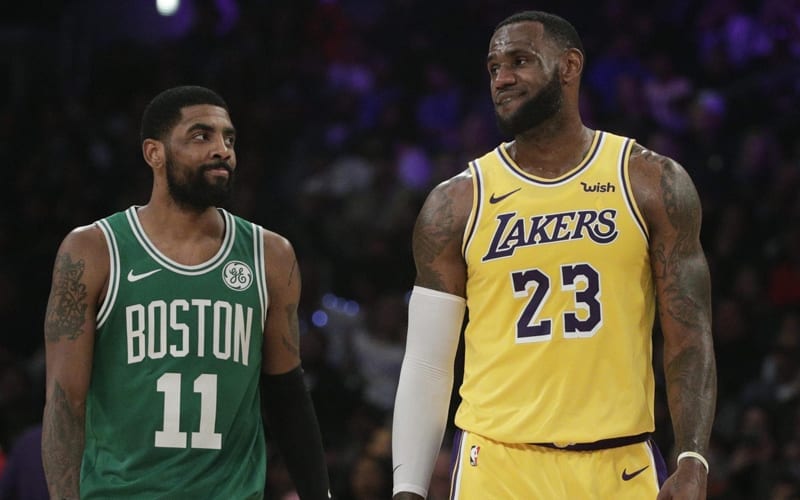 Space Jam: A New Legacy, the sequel to the 1996 classic Space Jam is set to release in a few months and fans simply can’t wait for the film. It stars basketball legend, LeBron James, as he works together with classic Looney Tunes characters to save the day.

Naturally, the sequel will follow suit and feature several NBA stars. The latest trailer for the film dropped recently and it featured Damian Lillard, Klay Thompson, Anthony Davis, Diana Taurasi, and Nneka Ogwumike who will play the members of the “Goon Squad,” the main antagonists of the film whom James will play against.

However, it seems James might be saving a surprise cameo as James didn’t actually mention Kyrie Irving in his tweet where he thanked the aforementioned basketball players for acting in the film.

.@Dame_Lillard@AntDavis23@KlayThompson@DianaTaurasi@Nnemkadi30 THANK YOU THANK YOU THANK YOU for taking time out of your busy schedules, trusting me and playing a huge part of Space Jam: A New Legacy!! Means a lot! @spacejammovie

Brooklyn Nets All-Star is slated to appear in the upcoming film as stated by Brandon ‘Scoop B’ Robinson. We will have to see how Irving’s cameo will be when the film releases in theaters and on HBO Max on July 16.