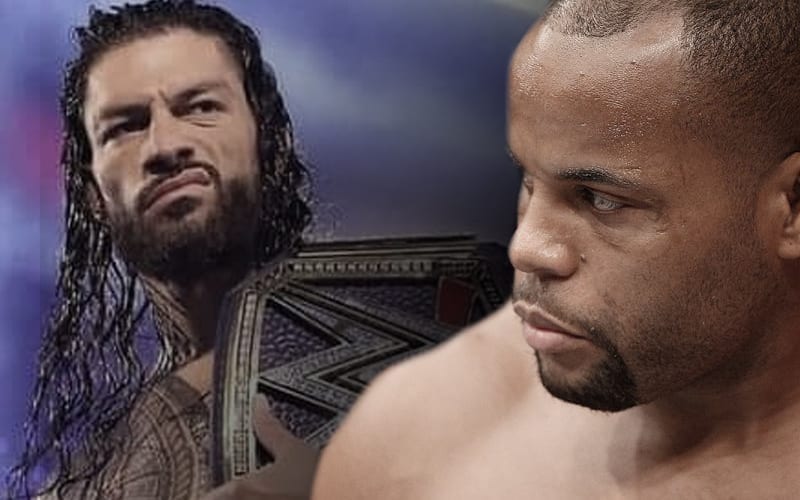 WWE Universal Champion Roman Reigns is undoubtedly a gifted athlete and a top Superstar in WWE. Roman Reigns recently stated how he would smash former UFC double champion, Daniel Cormier, in a one on one fight.

Daniel Cormier would respond to Roman Reigns calling him out by stating that he is more than ready to throw hands with the Universal Champion. Due to this, Roman Reigns’ special counsel Paul Heyman took several shots at Cormier, stating that he isn’t even capable of being an enhancement talent in WWE.

“LMAO! @dc_mma tagged an imposter @WWERomanReigns account, hoping the #UniversalChampion doesn’t see this nonsense.” Fight ROMAN REIGNS? #DC would be lucky to be in @WWE as enhancement talent! His biggest moment in @UFC was getting shoved across the Octagon by @BrockLesnar!”

Cormier decided to reply to Heyman Reigns and it seems he is definitely tired of Roman Reigns and legitimately wants a fight against him. Cormier took to Twitter and tagged Vince McMahon and Triple H to make it happen.

“My advisor @arielhelwani is waiting by the phone. Its time to stop talking and let’s make this real! I’m 42 years old with a bad back and I’m whippin you any day of the week. Your move @VinceMcMahon @HHH this my yard , I’m the big dog!”

There were rumors of Cormier joining WWE in the past, but now Cormier seems more than determined to make it happen. We will have to see if Cormier makes his WWE debut eventually.