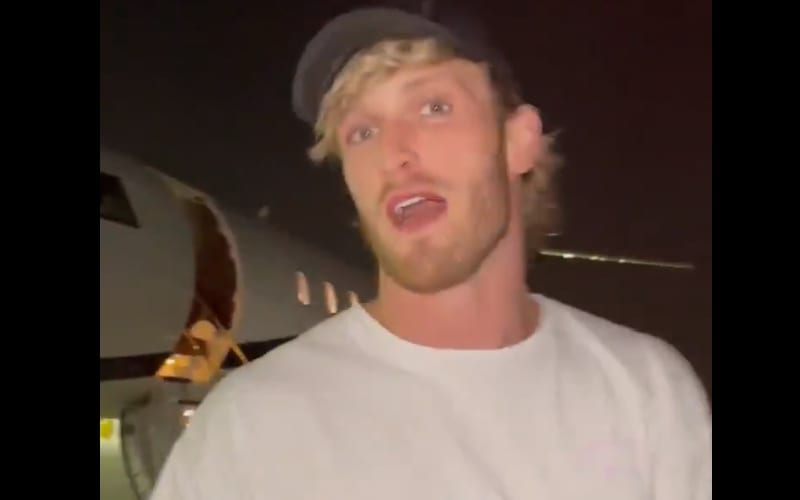 WWE is rolling out the red carpet for Logan Paul. He will be at WrestleMania, and he’s on his way to SmackDown tonight in style.

Paul uploaded a video of himself boarding a private jet. He said that WWE footed the bill for that transportation as well. Hopefully, it will be worth their investment.

Ringside News reported that Logan Paul was not at the SmackDown tapings yesterday. They pretaped tonight’s episode yesterday, but they can always edit in a high-profile appearance like Logan Paul.

Logan Paul is traveling to WWE to get involved with Kevin Owens and Sami Zayn’s WrestleMania match. His role is unknown at this time, but he has confirmed he will be at Mania.

Logan Paul working with WWE is interesting. He called pro wrestling “fake sh*t” in the past. It looks like money talks and he’ll be at Mania.