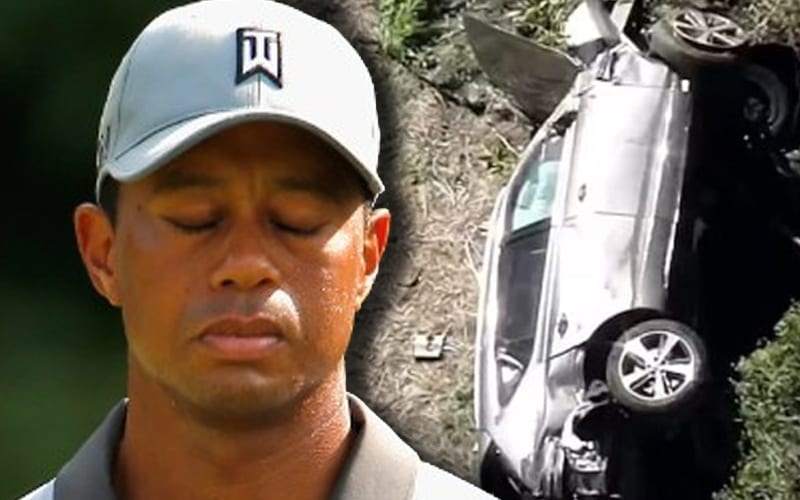 The entire world was shocked when legendary golfer Tiger Woods was involved in a horrific car crash in Los Angeles on February 23rd. The mystery surrounding the crash certainly has led many fans to wonder what actually happened.

It was recently announced by local police that the cause of the crash was known by them but they will not release the information to the public just yet.  County Sheriff Alex Villanueva cited “privacy issues.”

Los Angeles County Sheriff Alex Villanueva revealed on Wednesday that the cause of Woods’ accident “has been determined, the investigation has concluded,” however, they are unable to release the information to the public at the request of the golfer’s team. “We have reached out to Tiger Woods and his personnel. … There’s some privacy issues on releasing information on the investigation so we’re going to ask them if they waive the privacy and then we will be able to do a full release on all the information regarding the accident,” Villanueva said. He added, “We can’t release it without the people involved in the collision.” (Yahoo)

SOHH recently took a poll on their YouTube Community page and asked fans if the public deserves to know the full details of the car crash. The poll saw 77% vote in favor of not knowing the details and respecting Tiger Woods’ privacy, while the remaining 23% want to know the details.

The fans were largely divided over knowing about the true reason behind the crash. Some stated how if it was a rapper, it would have been public knowledge by now and that it should be known for safety reasons.

On the other hand, others stated that it isn’t anyone’s business and Tiger Woods deserves his privacy.

“why cause its tiger woods we shouldn’t know? If it was a rapper or one of us the whole world would know”

“No, neither should anyone else’s but bc he’s a celeb he gets special treatment, not saying it’s his fault I fw tiger woods heavy but..”

“he doesnt have special treatment.. if youre in an accident and say you dont want to tell anything then you dont have to. and not like they can deny you at the hospital. and only if someone ELSE was injured then you have to”

We will have to see if the truth behind Tiger Woods’ crash will become public knowledge eventually.

Do you think the details behind Tiger Woods’ crash should be revealed to the public? Let us know in the comments below!