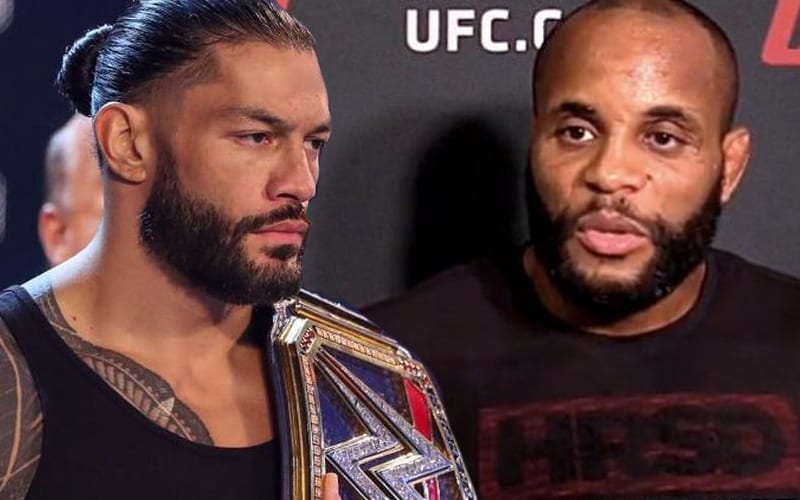 WWE Universal Champion Roman Reigns is undoubtedly one of the most popular Superstars in the company currently. Reigns is also legitimately tough and he recently called out UFC legend Daniel Cormier by stating he would smash Cormier in a one on one fight.

Now it seems the former UFC double champion has responded to Roman Reigns’ challenge for a one on one fight. The former UFC veteran took to Twitter and told Reigns to shut his mouth and added that he is ready to dance with him.

Of course, by dance Cormier meant that he is ready to throw hands with Roman Reigns in a one on one fight in the future.

There were rumors of Cormier joining WWE in the past, but now it seems Cormier has teased the move yet again. We will have to see if WWE and UFC will be able to work something out for the two in the future.