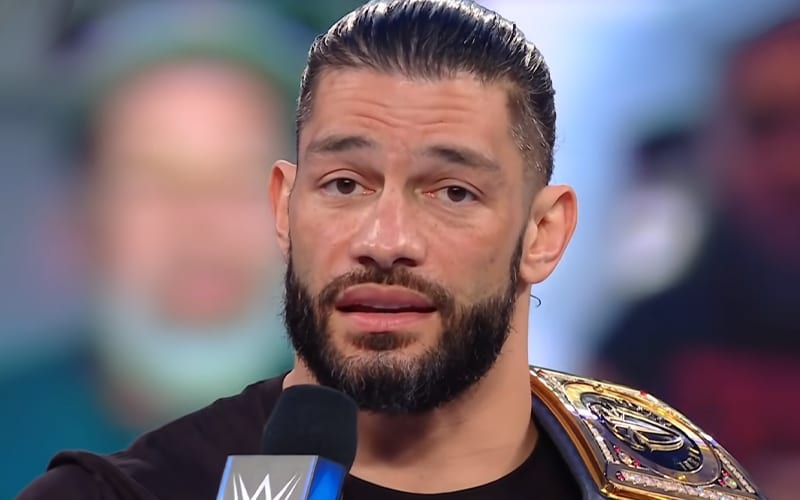 WWE is set to welcome live fans back for WrestleMania on April 10th and 11th. That will mark the first time that WWE fans were at a big event since the pandemic started, and a lot has happened since then.

Roman Reigns took off for months when the pandemic started. He returned at SummerSlam as a big surprise and soon picked up the WWE Universal Title. He is set to defend that title against Edge and Daniel Bryan at WrestleMania 37 during the second night of the event.

While speaking to TMZ, The Tribal Chief explained that he has zero fear about live fans returning. This was obviously a concern this time last year. Now he says that WWE is on top of their game in the precaution department.

“I think our safety precautions are second to none.”

“We’ll have the pods to create the social distancing, masks will be required. We’ll be giving out masks for those who are forgetful. We’ll have, I believe, cashless concessions, so we’re gonna create an opportunity where everybody’s gonna be as safe as they could be.”

WWE is doing all they can to protect fans in a socially distanced environment. They are only selling 25,000 tickets for the 60,000 capacity Raymond James Stadium. Hopefully, nobody comes down with COVID-19 after the big event, but Roman Reigns obviously isn’t worried.