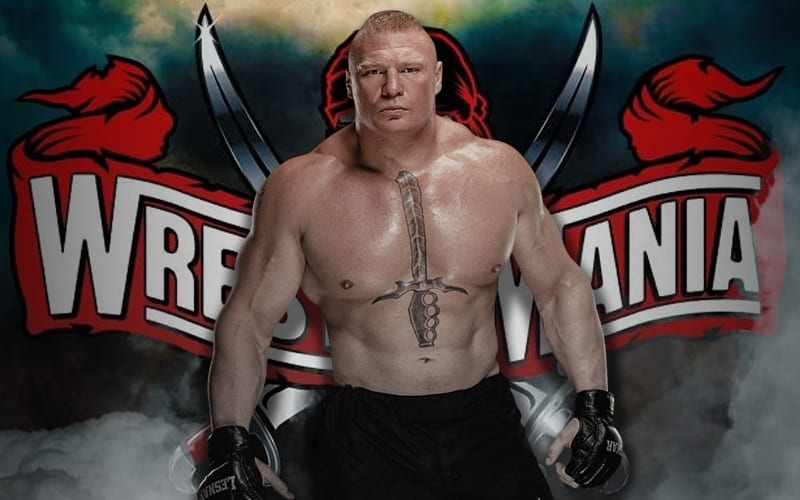 Brock Lesnar is a big money name for WWE, but he’s not slated to compete at WrestleMania this year. He is also not currently under contract. This will break a long streak he’s had of marquee matches at the show of shows.

Brock Lesnar only competed at two WrestleMania events during his first run with WWE. He competed against Kurt Angle and Goldberg at WrestleMania 19 and 20, winning the first and losing the other before taking off.

Lesnar tried to become a pro football player, but he didn’t make the Vikings. Then he went to New Japan Pro Wrestling before landing in the UFC.

After returning to WWE in 2012, Brock Lesnar has not missed a WrestleMania since 2013. This year he is set to break an eight-year streak of maintaining a huge presence on the WrestleMania card.

It’s never too late for Vince McMahon to call Brock Lesnar for a huge surprise, but he’s not back yet and the time is ticking down in a big way. Lesnar also lives in Canada so he would have to quarantine for two weeks if he enters the USA and returns.

You can check out a chart of Lesnar’s WrestleMania battles below.

Thanks to ITN WWE for the chart