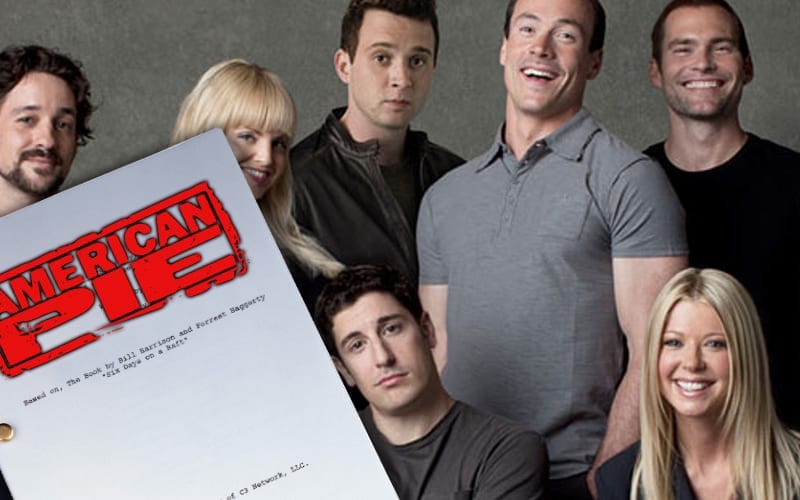 American Pie hasn’t seen an official theatrical installment in almost a decade. It’s about time to get the gang back together.

Star of the franchise Tara Reid recently spoke to ET where she revealed something that’s pretty great to hear. A script for American Pie 5 exists, a full return of the series with original characters, and it’s “amazing.”

She didn’t give out any details about the plot. We last saw Jim and his band of perverted friends in 2012’s American Reunion. We’ll have to see what kind of mischief they can get into now. They’re all much older, but Steve Stifler is still Steve Stifler.

Reid said that the firth American Pie movie “will happen, I just don’t know when.”

Reid also commented on her eclectic film career. She’s really played everything in this business. A fifth American Pie film seems like a perfect addition to that resume, amiright?

“I’ve been a robot, I gave birth inside a shark, I’ve done everything you could possibly do. I don’t see where my character would go again. But I think we took a great thing and ran on it. We did five films. They all went great. But sometimes, you know when to hang up the flag and I think we ended it at a perfect beat.”