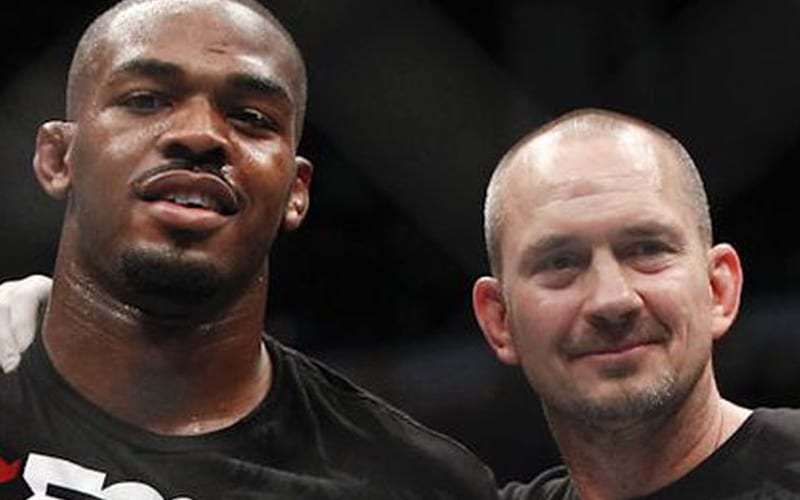 As seen in the main event of UFC 260, Francis Ngannou defeated Stipe Miocic via knockout and became the first-ever African UFC Heavyweight Champion.

Afterwards, Jon Jones reacted to the upcoming title fight between him and Ngannou, but also added that he’d only compete in the fight if Jones gets the appropriate payment. In fact, Jones hinted at not competing in the fight at all if he doesn’t receive proper payment.

Ahead of their impending fight, Jon Jones’ coach Mike Winkeljohn believes Jon Jones has a solid strategy against Ngannou. While speaking on Submission Radio, Winkeljohn was asked if Francis Ngannou’s striking power is a legitimate threat to Jones.

He stated that Ngannou will undoubtedly try to knock Jon Jones out when they fight. He then claimed that Jones will take advantage of Ngannou’s knock out attempts and win the fight.

“If every punch is a knockout punch, he (Francis Ngannou) is easier to fight. Because there is no set-ups. There is no baits, there is no feints. He’s always winging for fences. Those can be seen. There are telegraphs. They are coming out of nowhere. Unless you are hurt and coming in exposed, you should be able to avoid those. That will be the game.

I think he has matured. I think he isn’t that (wild) guy as much anymore. But I think he is still gonna want to try (to) knock Jon out and we’re gonna capitalize on that,”

Ngannou had already given a timeline for the upcoming fight between him and Jon Jones. We will have to see who will come out on top, should the fight finally take place.