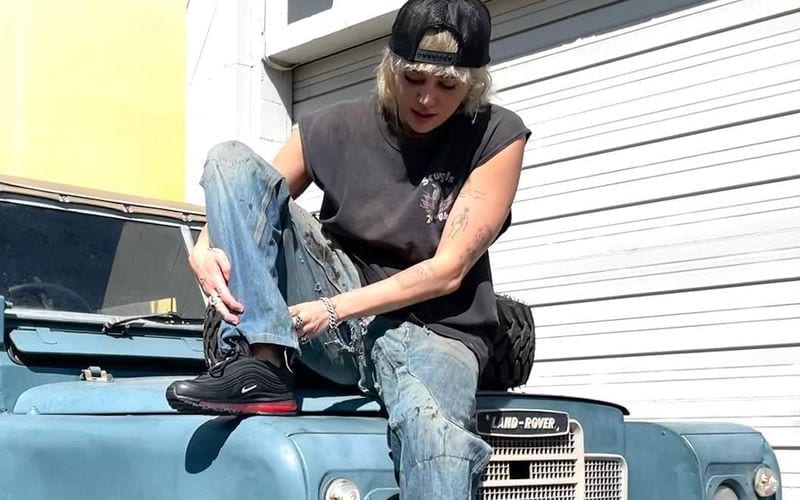 Pop icon Miley Cyrus seems to have made a deal with the devil. Literally.. The popular singer posted a picture of herself sporting a pair of controversial “Satan Shoes” by the “MONTERO” singer.

Miley’s post did not obviously sit well with some who gave her a thumbs down while others unfollowed the popular singer.

Wow not miley as well😢

“Why do you support this?”

The ‘devilish’ shoes were part of the promotions for Lil Nas X’s new video for “Montero” which sparked a lot of controversy with people calling him out for blasphemy and devil worship.

The rapper also got into trouble with Nike for the “Satan Shoes” when the sneaker giant sued him for trademark infringement. According to CNN:

In a lawsuit filed Monday, Nike accuses MSCHF Product Studio, Inc. of trademark infringement over the designer’s 666 pairs of modified Nike sneakers made in collaboration with the “Old Town Road” singer. All 666 pairs sold out Monday. MSCHF has not responded to repeated requests for comment about the lawsuit. In its complaint, Nike (NKE) asked the court to order MSCHF to “permanently stop” fulfilling orders for the “unauthorized” Lil Nas X Satan Shoes. The lawsuit notes that social media users have threatened to boycott Nike over the controversial shoes.

Lil Nas X is unapologetic amidst people wanting him cancelled. We wonder who will be the next to don these shoes that allegedly also contain human blood.