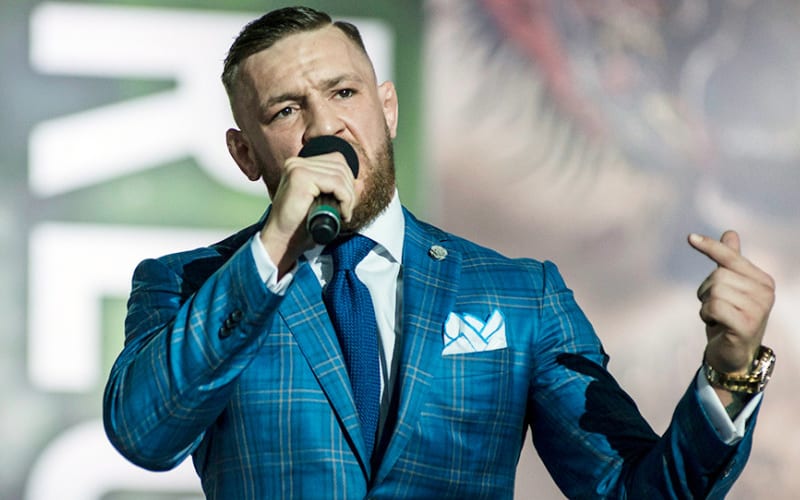 Conor McGregor remains one of the most popular fighters to have ever stepped foot inside the Octagon. He is also a former UFC lightweight and featherweight champion. Now it seems McGregor isn’t satisfied in winning one of the company’s standard titles.

McGregor recently took to Twitter and stated he feels it is time for the UFC to break out The McGregor belt for his next fight.

McGregor also uploaded a video of himself demanding that he have his own title belt and then went into detail regarding its structure.

I I feel it’s time to break out this baby for the next fight. I ask the UFC to please create The McGregor belt. I suggest rose gold and rubies. Think patek rare.

Or yellow gold and emeralds possibly. Might be nice also. I’m open to design suggestions. Let’s link up @ufc#TheMcGregorBelt

The promotion is not known to create custom championship belts but they did introduce the BMF Championship back in 2019. Currently, the belief is that Conor McGregor will fight his arch-nemesis Dustin Poirier in their first bout. However, if Poirier pulls out of the fight, a replacement might have been decided already.