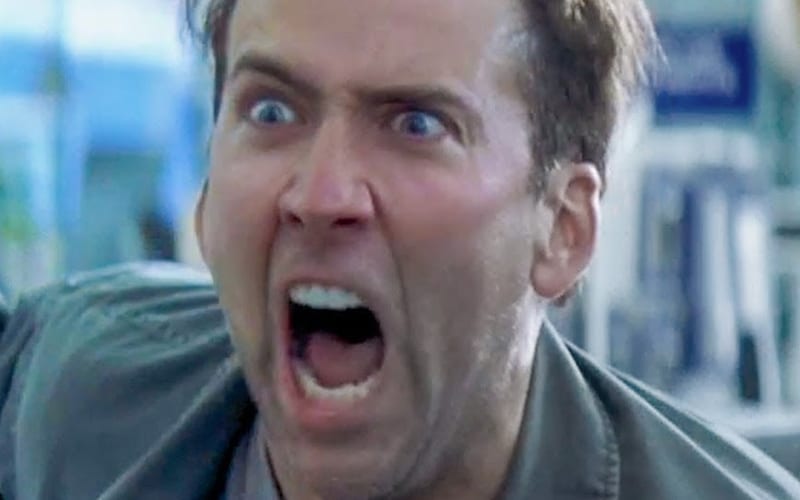 Nicolas Cage is one of the most bizarre individuals in H-Town but is still widely beloved and celebrated for his iconic filmography. Cage is an extremely accomplished creator who has played and created some of the most entertaining and memorable characters throughout his career.

In an interview with GQ, Seth Rogen revealed an interesting story involving his best friend James Franco and Nicolas Cage. Rogen revealed that he and the team of 2011’s Green Hornet met up with Cage and discussed working together in the movie.

The team wanted Cage to play the role of the main villain of the film, a Russian crime boss. However, Cage informed the group that he wanted to play the role but as “a bald man, with hair tattooed on, large prosthetic lips and a voice like Edward G Robinson”.

Cage ultimately didn’t get the role and the team never worked together. However, recently during a meeting, Cage asked Seth Rogen if he had told about his idea for the character to James Franco because he suspected that the actor stole his pitch and used it for his role in 2012’s Spring Breakers.

Here is an excerpt from the Rogen’s interview with GQ which features the story about Cage and Franco:

The story in which they spoke to Nicolas Cage about him possibly playing the Russian crime boss villain in The Green Hornet, only for Cage to inform them he wanted to play him as a bald man, with hair tattooed on, large prosthetic lips and a voice like Edward G Robinson. They later met Cage in person and he informed them that, actually, he wanted to play him as a “white Bahamian”, with a thick Caribbean accent, and proceeded to act out a scene in which he would be dumping pigs’ blood on Rogen’s Green Hornet in a “creepy voodoo ritual”. He didn’t get the part but did request a meeting more recently during which Cage asked Rogen if he’d told James Franco about his idea, as he suspected Franco had nicked the character for Spring Breakers.

We will never know for sure if Cage’s suspicions are correct or delusional but the whole incident makes for a hell of a Hollywood story regardless.