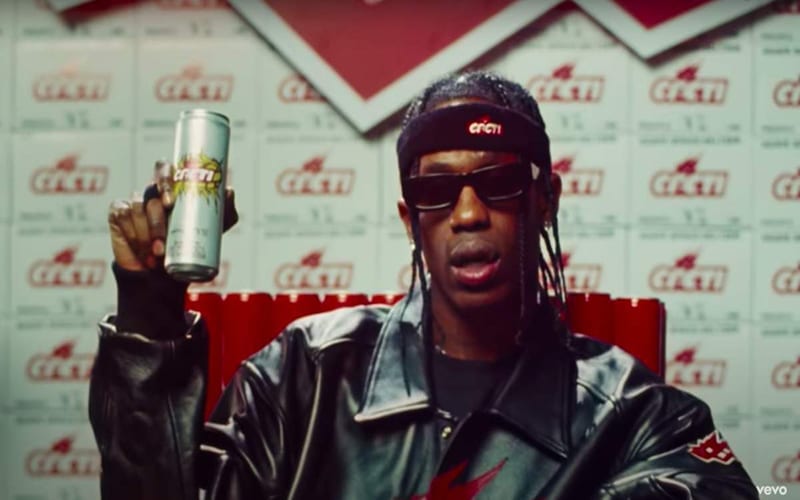 Travis Scott is one of the best rappers in the world, and has a huge fandom. While he enjoys dropping bars and making chart-topping hits, he apparently also loves CACTI, the new spiked seltzer that he has recently launched.

While the rule of B.Y.O.B is important whenever you’re heading to any parties, it is pretty much “overlooked” when we’re talking about heading to a restaurant. While every fancy restaurant has a lot of drinks that they serve, Travis still felt it appropriate to sneak his own case of CACTI drinks at Malibu’s Nobu restaurant.

The rapper posted a story on Instagram with his 9-pack sitting underneath a table as well as his ocean view from the restaurant. TMZ posted a video of the Instagram stories.

Travis is so famous that whenever he gives a public appearance even as small going to a shop to get a pack of gums, fans swarm all around him. One of such scenes occurred when he went to a grocery store & ended up creating a potentially dangerous scene.

While he attracted all sorts of crowds in the middle of the pandemic, he also made a huge relief effort for the citizens of Houston, Texas when they were going through the worst of the snowstorms a few weeks back. Hopefully, we’ll see more peaceful times of Travis’ life than the chaotic ones, though we never know what might happen.