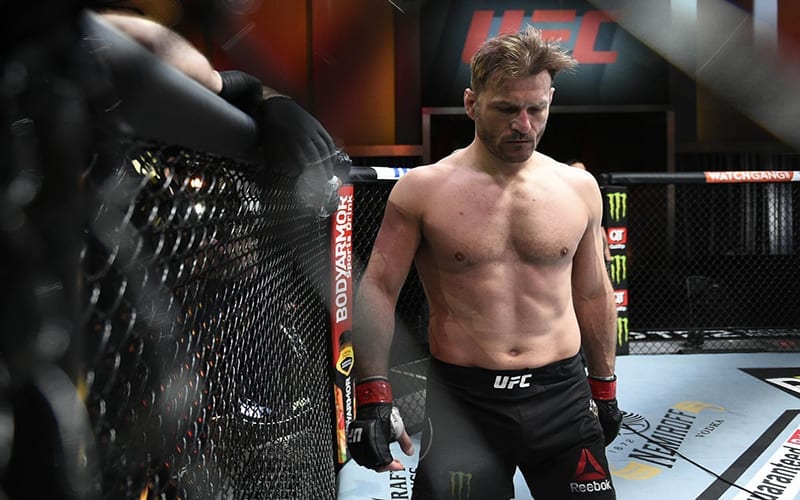 Stipe Miocic is confidence personified, and his MMA skills do reflect that. When he went up against Francis Ngannou as a defending champion, most people expected him to come out on top. He even spoke about making Jon Jones wait and named a few fighters as his next challenge.

However, Francis Ngannou beat him fair and square, and he held control throughout most of the fight. After Francis threw a nasty punch that blew the gasket for Miocic, he hadn’t made any statements or addressed his fans, until now.

For the first time after the UFC Heavyweight title exchanged hands from Stipe Miocic to Francis Ngannou, Stipe reached out to his fans on Instagram to let them know that even though losing a very important battle in his life hurts, he is recovering from it and choosing to focus on future challenges.

First and foremost, I’m ok. I know that fall wasn’t my most graceful fall, but I was unconscious, so it happens. To my family friends and fans, especially Croatia & Cleveland. I love you and I’m sorry. I hate letting you down. To my team, thank you. I know you feel every loss just as much as I do. We win as a family, we lose as a family. Losses aren’t fun, they always sting for a while, but that’s the beast of this business. You can’t win them all, and it’s important to understand that losing is just as much a part of sports (and life) as winning. Don’t ever forget God will always put you where you’re meant to be at that exact moment.

While Miocic recovers and prepares for the next few challenges to get back into his old glory, he has enough time to reflect who will be the next match up for him. It is likely that Jon Jones will be taking on Francis Ngannou for the heavyweight title, so Miocic can still fight with anyone who wants.