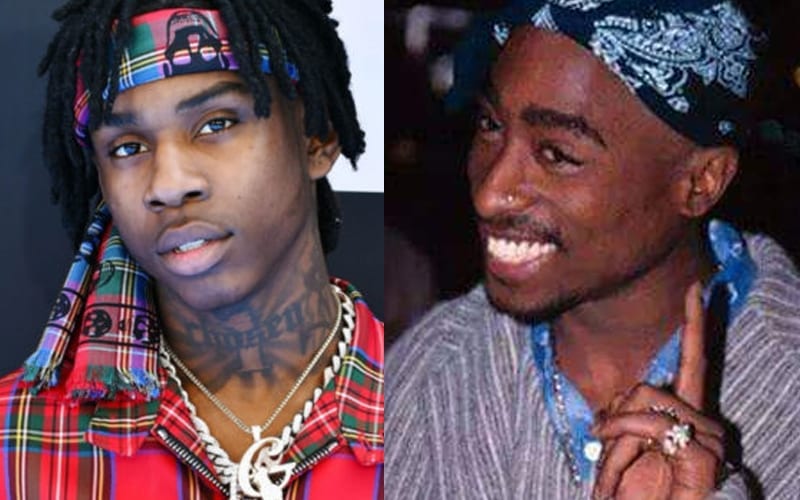 The greats in rap & hip-hop are often the motivating force behind many artists, so much so that they claim to owe all their success to their idols. However, there are some who end up comparing themselves to the greats, and the trend is not new at all.

Recently, we’ve seen NLE Choppa paid homage to Tupac by creating a new rendition of one of his photoshoots. Youngboy Never Broke Again’s pictures looking like Tupac also circulate social media briefly. This time around, however, Polo G is claiming that people call him Tupac reborn.

After he posted a picture of his on Instagram, he captioned it saying “They say im Pac rebirthed 🤴🏿Never put out a weak verse 💯Homicides When we lurk imma step til my feet hurt👣🤞 #HALLOFFAME🏆”

Saying #HALLOFFAME perhaps suggested that even at the young age of 22, he somehow should be considered as one of the GOATs of rap. Even though that statement has strange implications, you can’t deny the amount of self-confidence Polo G displays in himself.

While having dropped a freestyle remix of three of the hottest beats at the moment “For My Fans”, Polo G is also featured on Rod Wave’s latest release, which is said to be on the road to No. 1 on the Billboard 200.