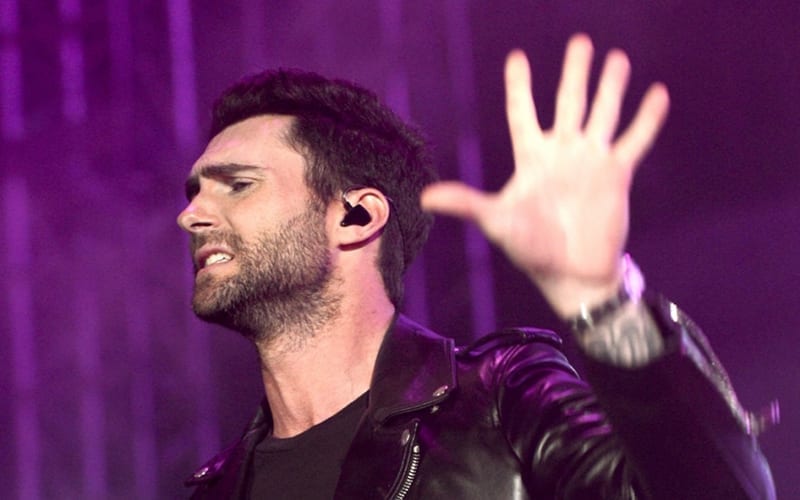 Adam Levine is one of the hottest celebrities at the moment, and he has his fair share of demand in the industry. Adam Levine seems to think that he is in such heavy demand that he is unaffordable for a performance by a certain couple, even if they’re huge celebrities themselves.

The lead vocalist of Maroon 5 said that Blake Shelton & Gwen Stefani can’t “afford” getting him for a performance on their wedding. However, he went on reveal to SiriusXM that even though the couple haven’t really asked him to come to their wedding, he would be “honored” to perform for them.

They won’t ask me though. They’ll probably get like Luke Bryan or somebody.

Adam Levine performing at Blake Shelton’s wedding is not a new concept at all. The groom himself discussed this topic with Seth Meyers in December 2020, according to People.

Blake Shelton & Gwen Stefani are definitely a power couple, and it’s expected that their wedding is going to be one of the most desirable gigs for many famous artists. It seems that Miley tried to shoot her shot by tweeting that she would love to perform at the couple’s wedding.

I’ll be your wedding singer! I promise to be on my best behavior. Or worst. Whatever you want! It’s your special day! Cheers to loving you both almost as much as you love each other!

As per exactly when the couple will be tying the knot, the plans are unsurprisingly put on hold until the COVID-19 panic clears, as per a recent Gwen Stefani interview with Hello Magazine.

I would say I just want my parents there at this point. My parents wouldn’t come to Thanksgiving because they’re so scared so really would rather it not be a COVID situation. I would rather not have masks and that kind of thing. Even when you cut it down to just family, it’s too many people for COVID so we’re sort of going to see what happens in the next few months.

Now that we know that Miley Cyrus and Adam Levine are two strong contenders for performing at Gwen Stefani & Blake Shelton’s marriage, let’s see when the wedding actually happens and who ends up getting the once-in-a-lifetime opportunity.