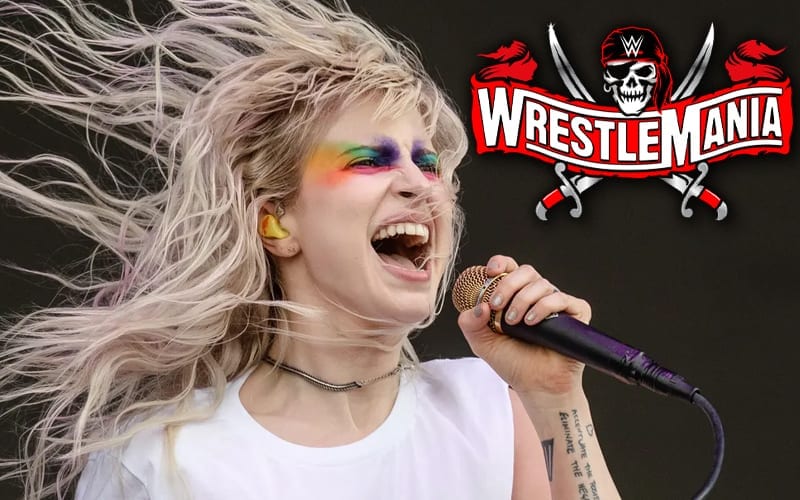 Oral Sessions recently had Bayley on as a guest on the show. She admitted to hitting up Hayley Williams about a possible WrestleMania performance. She really wants to have Williams perform her song Simmer because it she rocked out to it a lot while making her character transition to being a bad girl.

“She said that I can play Simmer, which was her hit single when she had her first single album come out. She’s had two now. She said I can play Simmer at WrestleMania, but I asked if she could play Simmer for me.  When I was starting this character, when we were driving to the PC everyday doing shows and taping shows with my new character, Simmer connected with me. I would play it so loud and it would put me in this angry mode and really got me into character.”

“I thought it would be cool if she would play my entrance.  You know what? I can ask. I know it’s coming up soon.  If Haley can play Simmer and I can be there rocking out, that will be my WrestleMania moment.  She knows me.  She knows how annoying I am.  I’m not saying she knows me, but I met her twice. Leading up to that, I would tweet her all the time like, please notice me type of thing as we fans do.  She answered me twice before I met her.”

“When we finally got to meet, she was like, ‘I’m so happy to see you live your dream.’ I don’t know if she is being default nice to me, but she knew I was the WWE wrestler that always tweets her.  I met her the second time and it seemed a little more personal, like, ok, she does remember me. I’m sure if she saw my name pop up? I don’t know, maybe not. It will happen. I’m going to make it happen.”

Bayley isn’t currently booked for a WrestleMania match so that might present a problem. We’ll have to see if WWE and Hayley Williams can finally make something work out because Hayley Williams seems more than game to be a part of WWE’s biggest show of she year.