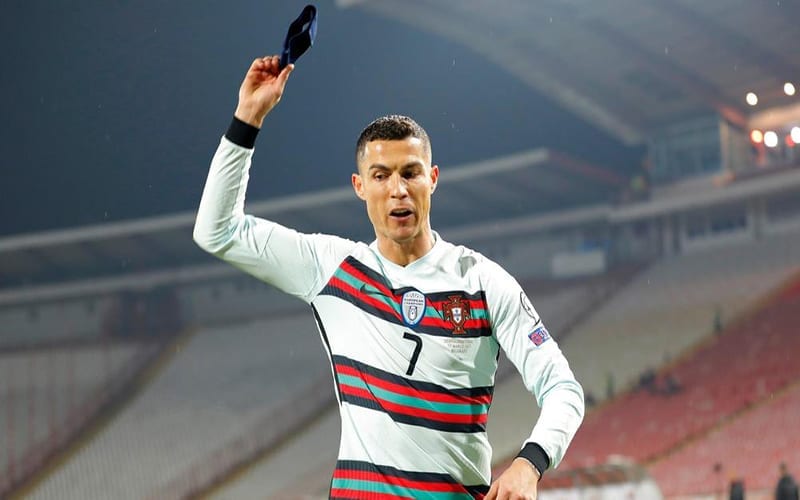 Cristiano Ronaldo is one of the most celebrated football players of all time. His skills are unmatched, and he’s fated to be immortalized as one of the GOATs in the world of football. However, he ended up leaving the field after his team couldn’t get the win they strongly sought.

It was during a World Cup qualifying match that this unfortunate draw occurred, which left Ronaldo fuming. Portugal were playing against Serbia in a match that where the score was tied 2-2.

In the last-buzzer attempt for the team, Ronaldo gave his all in order to score the winning goal. However, the shot was blocked by Serbia’s Stefan Mitrovic. While the cameras had recorded the shot, the referee failed to, and it ended up being deemed a miss.

Ronaldo was so frustrated that he felt that storming off the field was the best course of action. He smashed his armband onto the ground but not before he protested the hell out of the referee’s call.

I always give and will give everything for my country, that will never change. But there are difficult times to deal with, especially when we feel that an entire nation is being harmed. We will keep our heads up and face the next challenge now.

While the captain himself left the field in frustration, he is thinking about the future of the team constantly. Hopefully we’ll see another match up between Portugal & Serbia, and when that happens, it is certain that Ronaldo will be absolutely ready.