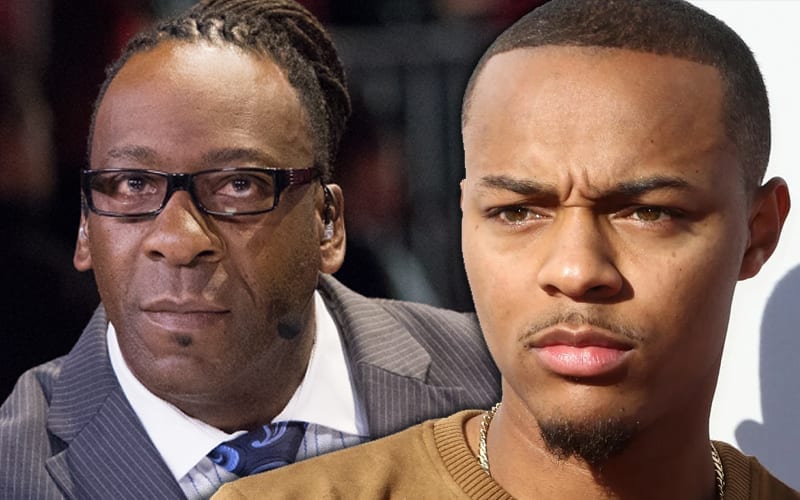 Bow Wow is the latest crossover celeb who is interested in WWE. He is even training with WWE Hall of Famer Rikishi. Booker T, a two-time WWE Hall of Famer in his own right, wants to see Bow Wow get a rude welcoming.

The rapper has already started some beef with WWE Superstars like T-Bar. During his Hall of Fame Podcast, Booker T expressed a desire to see Bow Wow catch a beating on the grandest stage of them all.

“I would love to see that at WrestleMania, so T-Bar can beat the hell out of Bow Wow. Shut his mouth up. Bow Wow is stepping out of his lane, I’m not going to be the one to back up Bow Wow. Retribution gave me a pass, I was an honorary member as far as Retribution goes. I would love to see Bow Wow at WrestleMania in the middle of the ring in a joust with T-Bar. T-Bar would beat the hell out of Bow Wow, that would be great.”

We’ll have to see how WWE books Bow Wow, but he is apparently on his way. The company doesn’t plan to stop their trend of bringing in high profile crossover stars. Logan Paul and Bad Bunny are just the tip of the iceberg right now. Bow Wow is seemingly next.

Thanks to Wrestling Inc for the quote