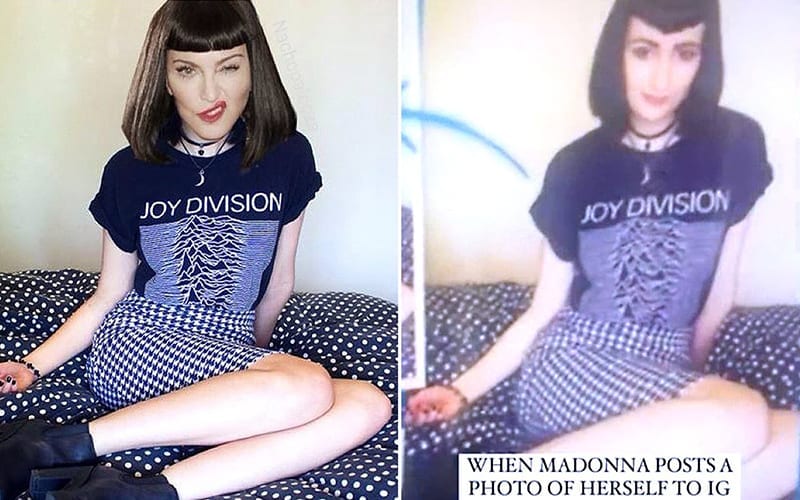 A tiktoker has put the blame on Madonna for an image that she posted almost 5 years ago. While promoting her album “Rebel Heart” Madonna posted a photo on Instagram where her head is photoshopped onto the image of a young girl.

While it’s not hard to see that her head is clearly on a body that isn’t hers, and the mismatch in skin tones as well, this comes as an absolute shock that someone would wait for so long to hit back with an accusation.

The tiktok user, Amelia Goldie, 28, posted a TikTok video of herself where she took her own original photo alongside Madonna’s photoshopped one with the caption “When Madonna photoshops her face onto your body (never thought that’d be a sentence I’d say).”

While it’s clear that Madonna used to photoshop herself and promote her album with, Goldie claims that she wasn’t credited for it. As her attempt at reaching Madonna’s team went unheard, she stated:

I [would] definitely laugh and say I’m flattered, but of course that I wish I was credited. I think if you’re going to play somebody else’s body off as your own, they deserve to be mentioned. But no hard feelings!