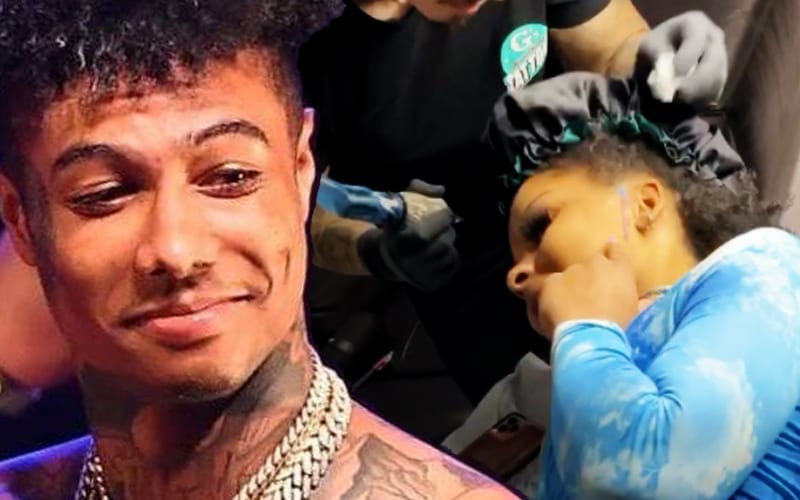 Rapper Blueface might have fallen off the grid as of late, but that doesn’t seem to have fazed his artist Chrisean Rock. Chrisean recently went to ridiculous lengths in order to show how much appreciates the rapper after signing to his label.

Chrisean recently took to Instagram and uploaded a video of her getting Blueface’s real name tattooed on her face. In another clip shared by the artist, Chrisean admitted it was “me, myself and I” who decided to get the tattoo. Blueface stated that he had absolutely nothing to do with the artist getting the tattoo.

The video was then shared on The Shade Room’s Instagram page, which led to produce Hitmaka, who simply said, “Her song ain’t it.”

For those who aren’t aware, Blueface’s full real name is Johnathan Jamall Michael Porter. It is certainly likely that the rapper was happy at the level of devotion showed by Rock. However, we certainly wouldn’t advise doing something of this sort no matter how big a fan you are of someone.