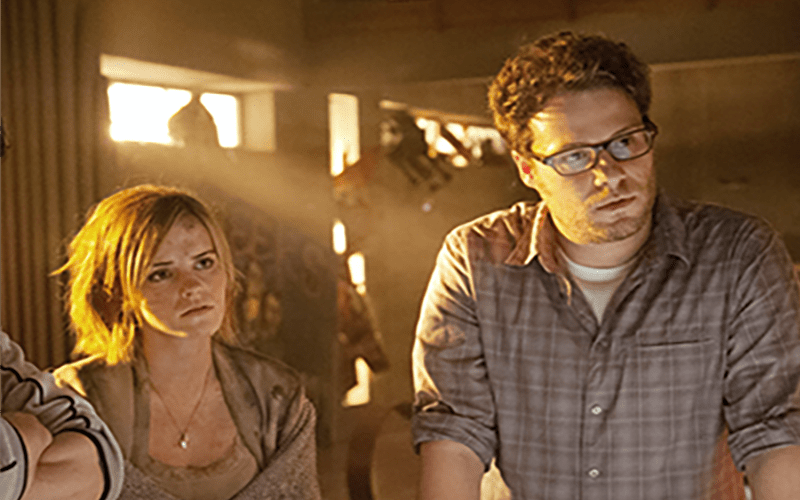 Seth Rogan has been starring in Hollywood’s funniest flicks since a long time, and when he decided to step in and make This Is The End, it was a game changer. The movie was exploring post-apocalyptic dark humor in a completely new way, and even had a feature from The Backstreet Boys in the end.

However, the movie has been a source of many rumors, one of which Seth Rogan decided to dispel 8 years after the films release. Emma Watson, who was featured in the movie for a short while, reportedly stormed out of the set after one of the scenes ticked her off.

The movie features Emma Watson in a more extreme version of herself, where she is fending for herself in a hostile post-apocalyptic world. The scene that she couldn’t bear seeing was the one where Danny McBride had Channing Tatum on a leash as his minion.

Seth Rogan had resorted to not talking about the rumor at all, until he had an interview with British GQ Magazine. It turns out that the rumor was completely true, and Seth Rogan talked about the circumstances of what went down at that moment.

I mean, I don’t look back on that and think, ‘How dare she do that?’ You know? I think sometimes when you read something, when it comes to life it doesn’t seem to be what you thought it was. But it was not some terrible ending to our relationship. She came back the next day to say goodbye. She helped promote the film. No hard feelings and I couldn’t be happier with how the film turned out in the end.

While the rumor made it sound like Emma was really offended and the vibes of the set were ruined, Seth revealed that he’s glad that they did it the way they did.