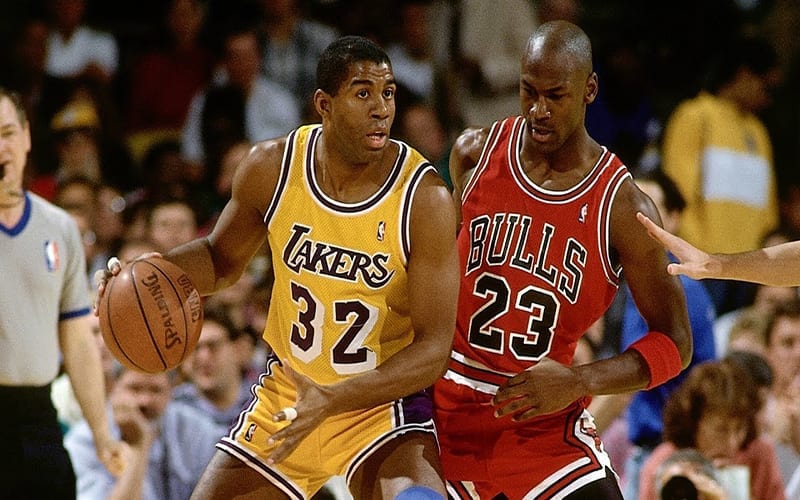 While Magic Johnson & Michael Jordan have had some fierce match-ups against each others, Michael was still a newcomer in front of Larry Bird and Johnson. Michael kept working his magic and with time, the veterans had to finally accept that it was Jordan’s era.

In an interview by Bakari Sellers of The Ringer, Johnson revealed exactly when he felt like it was Jordan’s era, and unsurprising to anyone, he said that it was in 1991 when Johnson had his first win against the Lakers, while just being 5 games in.

He came up on the right side and he came up with the tongue out. We all jumped, we thought we had him. And in mid-air he switched it to the left hand. We said ‘you know what…passing of the torch.’ I told him it’s your turn. It’s your time now.

While talking about Jordan’s retirement and eventual comeback where he secured three more championships, Johnson marveled at the extraordinaire of Michael Jordan, and how his legacy will live on forever.