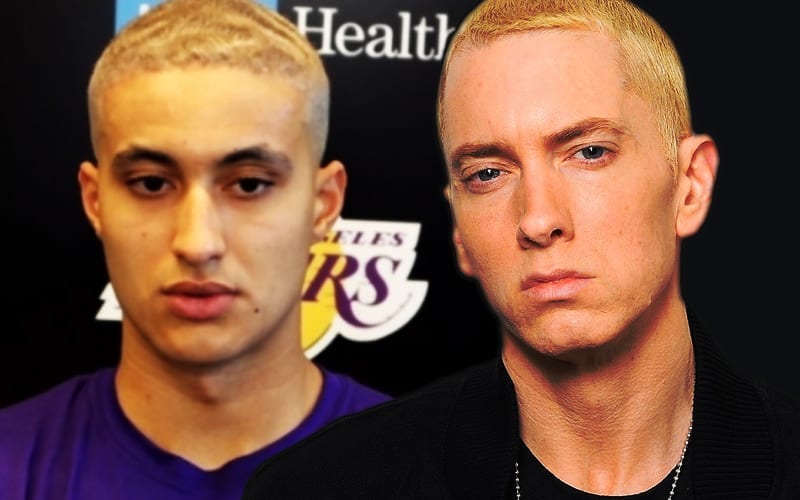 Kyle Kuzma is one of the most noticeable players from the Lakers, with his good game in the court and his stylistic choices outside of it. Another very noticeable feature about him is that he is almost universally recognized as an Eminem stan, and he has proven it yet again.

While Kuzma is a constant presence in the Lakers – being only 25 and having 4 strong years on the team – his scores are quite impressive as well, with 12.1 points per game on 37.5% shooting. However, after his picture was revealed on Twitter with an Eminem-esque hairstyle, his fans collectively lost it.

While he doesn’t look bad with the Eminem’s Slim Shady-era hairstyle, the fact that he stated “Anthony Davis told him to do it” has everyone dying of laughter. Fans understood that the genius behind his choice of hairstyle was Anthony Davis being ironic.

This is not the first time Kuzma has been under fire for choosing the wrong hairstyle. There have been in fact many unfortunate stylistic choices which ended up ticking his fans the wrong way and they ended up having a meltdown on Twitter.

Out of these choices in hairstyles which fans clearly think are disastrous, which ones do you think he looks the most like Eminem with? Give us your thoughts and comment down below.