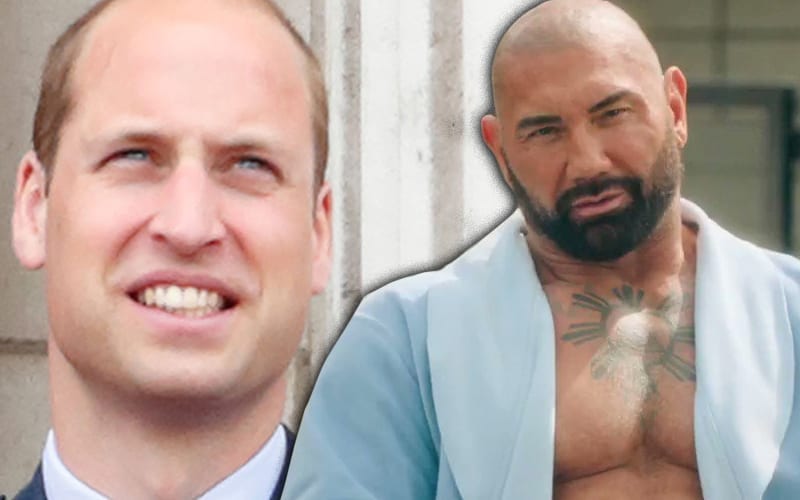 Prince William was declared the world’s sexiest bald man and plenty of people took notice. This also caused a lot of people to wonder how he landed with that title.

Google were the ones who gave out this honor. It was apparently based on user searches that paired Prince William’s name with the word “sexy.” We’re still not buying it, and neither is Dave Bautista.

The Guardians of the Galaxy star tweeted out a response to the article that caused such a stir. He captioned a video of himself with: “Looks up definition of ‘SEXY'” along with an LOL emoji.

The video just showed Dave looking at the camera before saying: “Naaaaah I don’t think so.”

Batista isn’t the only person who raised their eyebrow at this new title for Prince William. Tons of fans also tweeted out Dwayne Johnson’s name which caused him to trend all morning.