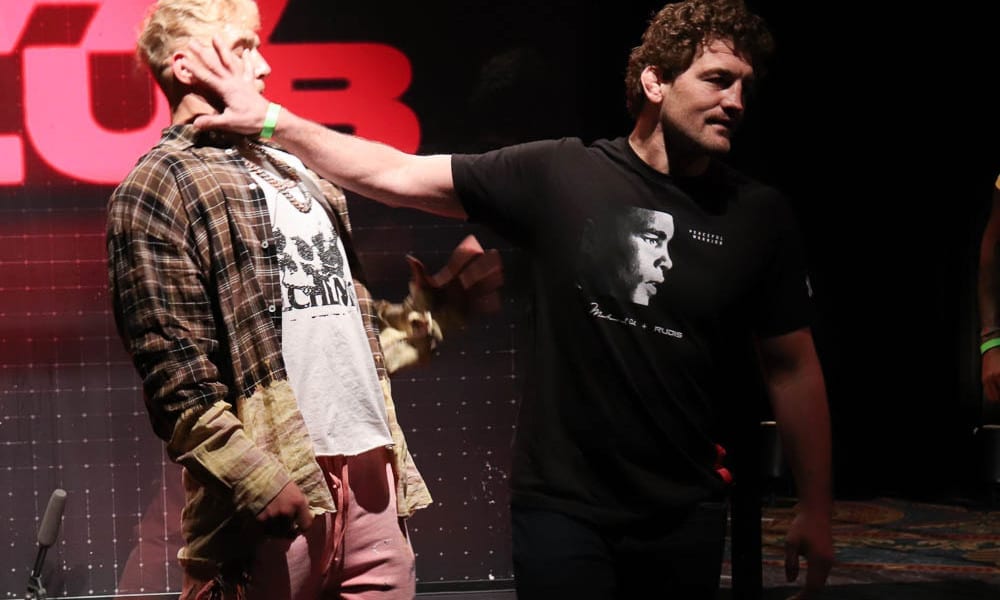 Retired MMA star Ben Askren will be making his debut in the world of professional boxing against Jake Paul next month. The match is currently one of the most highly-discussed matches in recent memory.

Ahead of their upcoming boxing match, the two took part in a pre-fight press conference that was held on Friday. The two went at each other’s throats and it was certainly a very heated exchange.

During the exchange, Jake Paul tried make fun of Askren for slurring his words as he cussed at the retired MMA star. Due to this, Askren threatened to kill Jake Paul if they ever met in a dark alley.

“This is typical boy behavior, but sometimes the boy picks [on] the wrong person… You’re not going to bully me, that’s not going to happen. Jake, if you and I ran into each other in a back alley in Las Vegas and I wanted to do a homicide… I would do a homicide on you if I wanted to.

Jake Paul is scheduled to face Ben Askren on April 17 at the Mercedes Benz Stadium in Atlanta, Georgia in the highly-anticipated match. We will have to see whether Paul will manage to defeat Askren as tensions are certainly rising between the two.