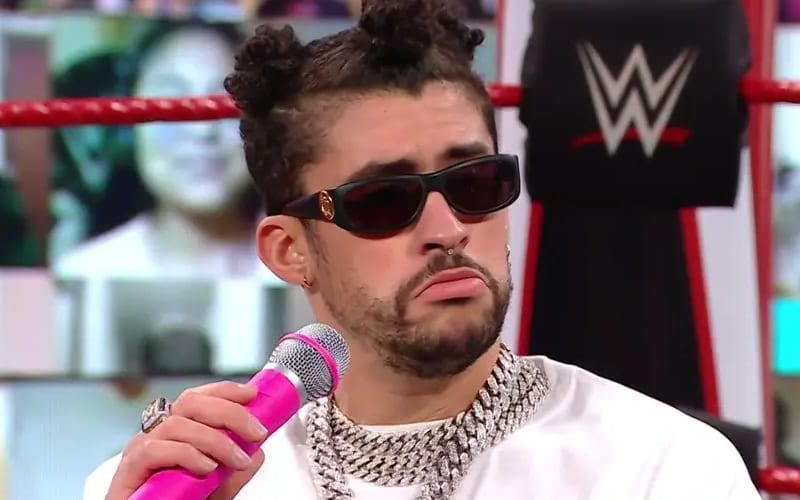 Bad Bunny is set for a WrestleMania match against The Miz, but that wasn’t the original plan.

A tag match was the plan since the idea of Bad Bunny wrestling at the show of shows was brought up. The Miz and John Morrison were supposed to take on Bad Bunny and Damian Priest. Now The Miz and Bad Bunny will battle solo with allies in their respective corners.

The Wrestling Observer Newsletter noted that John Morrison hasn’t wrestled since suffering an knee injury on February 22nd against Riddle. It’s unclear if that is the real reason for this change, but it is a viable option.

The Miz & John Morrison vs. Bad Bunny & Damien Priest match was changed from a tag to a single. Morrison hasn’t wrestled since suffering a knee injury in his 2/22 match with Riddle. But he is on television each week walking around. It’s unclear if that’s the reason for the change.

John Morison has still been on on Raw every week with The Miz. He is even involved in a music video parodying Bad Bunny which will debut on Raw next week.

The reason for Bad Bunny’s singles match could also be to draw more attention. Since he will be featured against The Miz, another name with mainstream value, WWE might be cashing in on the biggest match they possibly can.