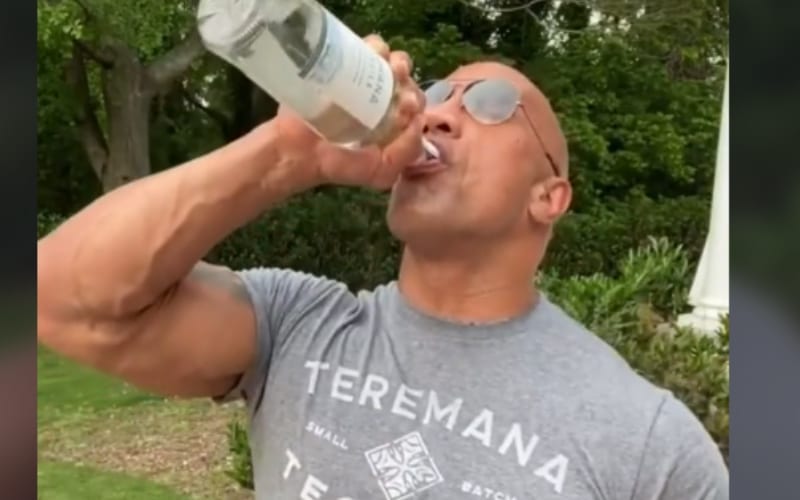 The Rock has quite a sense of humor and he recently pulled one over on fans. He knows how to party, but Dwayne Johnson is well past his days of chugging entire bottles of tequila.

The Great One stitched a TikTok user named @fiajames_ who challenged people to take a shot of tequila without selling it. The Rock took that challenge, but he upped the stakes as he’s known to do.

The Jumanji star downed an entire bottle of his Teramana tequila without even needing a shot glass. He even had a smedium sized Teremana t-shirt on. It looked like tequila, but some weren’t so sure. Then The Rock got called out for the prank.

Fans commented like crazy on this video. Some people bought into it, but others called The Rock out for chugging water instead. This was quite a little stunt, but The Rock had a few people hook, line, and sinker.

It’s all in good fun and just proves that The Rock still knows how to party, even if he’s just guzzling H2O.