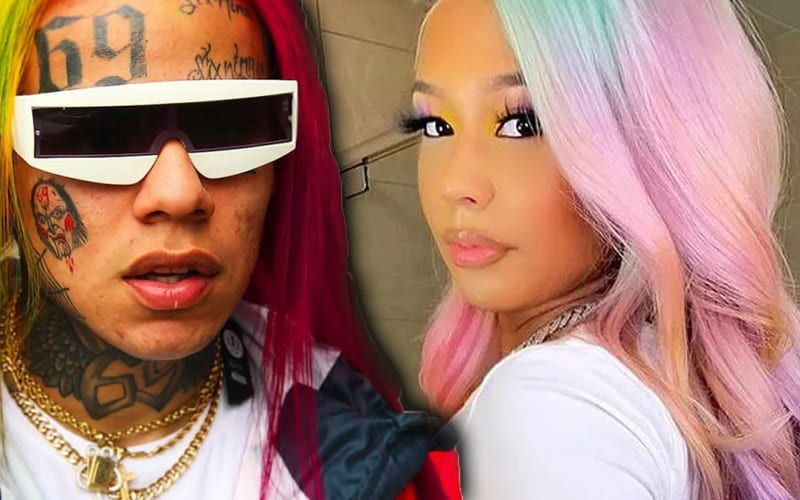 Rapper Tekashi 6ix9ine remains a controversial figure in the Hip-Hop world as he seemingly has beef with pretty much every rapper known to man at this point in time. However, that doesn’t mean the rapper won’t pay an exorbitant amount of money for gifts to his supposed girlfriends.

The rapper recently took to Instagram and uploaded a photo where 6ix9ine revealed that he spent $50K on Chanel bags for Jade.

“You could get the biggest Chanel bag in the store if you want it @__ohsoyoujade,”

6ix9ine’s slideshow included a bouquet of flowers and the receipt showing the exorbitant $50k cost of everything.

Akademiks saw the rapper’s post and decided to comment on it by telling 6ix9ine to delete the post as quickly as possible before anyone saw it. He then reposted the photo to his feed and told fans to ”pray for” the rapper.

It is certainly interesting that Tekashi 6ix9ine has the money to pay for such gifts, but seemingly none when it comes to paying his lawyers or to a security company.