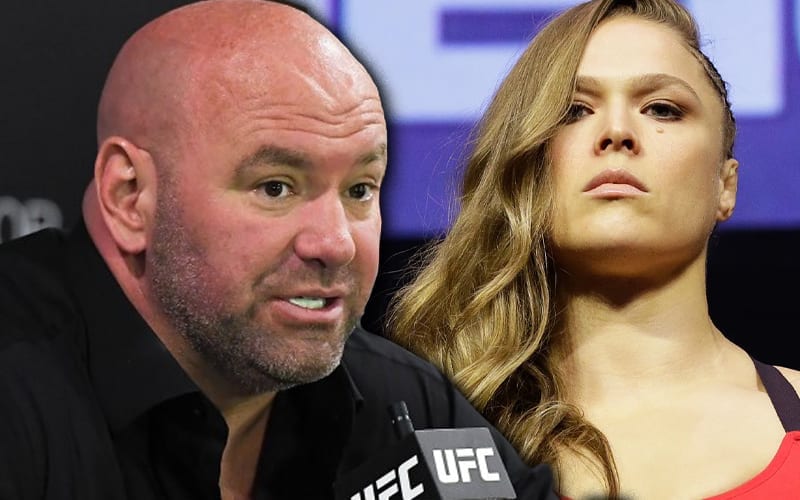 Ronda Rousey made UFC history, but don’t expect her to make a return. Dana White was very confident in that fact.

During a recent press conference, Dana White was asked when he spoke to Ronda Rousey next and whether she might follow Miesha Tate’s lead and make a UFC return. The UFC President made it very clear that Rousey isn’t coming back to the Ultimate Fighting Championship.

White confirmed that he spoke with Ronda Rousey on the day prior, but it had nothing to do with a UFC return. He shut that down by saying: “Absolutely, positively not coming back ever,”

Ronda Rousey is still under WWE contract. It’s unknown when she will make her return to WWE since she hasn’t been seen since WrestleMania 35. She wants to start a family with husband Travis Browne as well, but she obviously has career options. Dana White made it very clear that she isn’t going to be seen in UFC again.