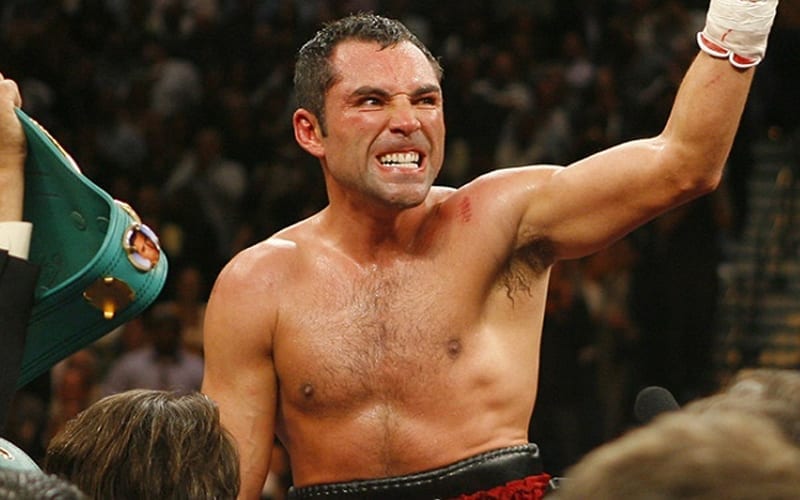 Oscar De La Hoya claims that he is on his way back to the ring. The 48 year old boxing legend could be lacing up his gloves again soon.

According to TMZ, De La Hoya made this move during the press conference for the Jake Paul vs Ben Askren fight. He even provided a date.

“July 3rd, I’m making my comeback,” Oscar De La Hoya said before dropping the mic he was talking on. That was definitely a moment worthy of a mic drop.

We have no idea who Oscar De La Hoya will be fighting on July 3rd, but he could be getting in shape for a fight this summer. Stay tuned on his opponent, but there are plenty of fighters out there who would love to step in the ring with Oscar.

Oscar De La Hoya is not the only boxer who is eyeing a comeback to the ring. Mike Tyson is looking to fight Evander Holyfield, but they couldn’t make the money work. Now that fight is off.