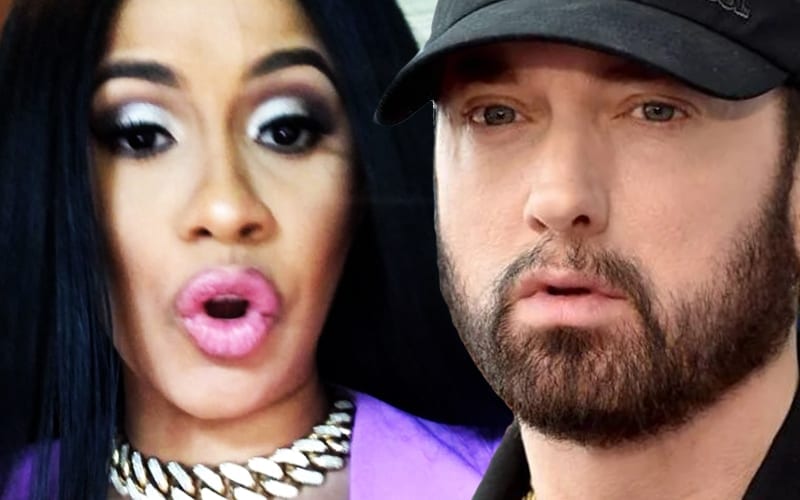 Cardi B has featured on plenty of tracks, but she has yet to spit lines with Eminem. There is a rumor going around that Em rejected the idea and now Cardi is putting it to rest.

There is apparently still a chance that fans will hear Eminem and Cardi B on the same track eventually. It’s unknown where this rumor got started, but an “insider report” apparently said that Eminem was picked by Cardi B to feature on one of her songs, but he turned her down.

Eminem allegedly said that Cardi B “doesn’t care about the culture or her craft.” She couldn’t let that rumor continue spreading.

Cardi B snapped back at that report and she said it was fake. The collaboration is apparently still on the table and talks aren’t dead yet.

BIG LIES….I get off the internet and ya makin shit up. I haven’t sent no songs to no artist yet. Love his work and much respect.This don’t even make sense .

Since she hasn’t even spoken to any artists to feature on her new record yet, that means fans will likely have quite a wait until that album drops. We’ll have to see if Eminem’s name is included in that upcoming list of songs when the time comes to let fans know what she’s been working on.