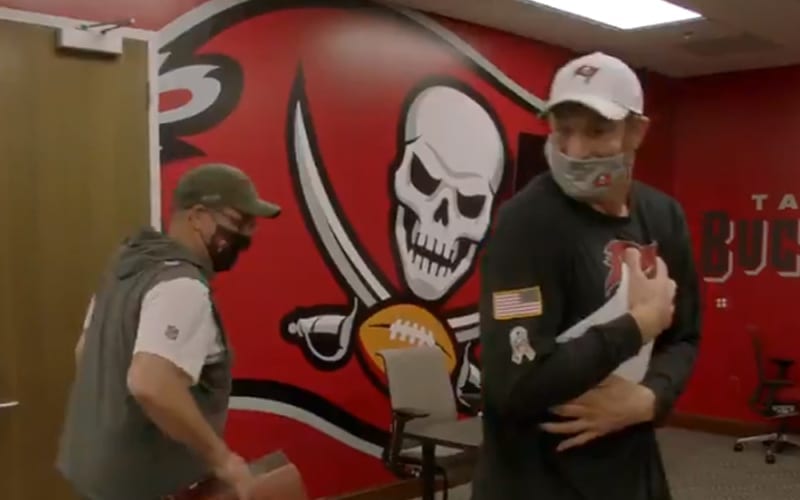 Rob Gronkowski re-signed with the Tampa Bay Buccaneers for another season. Gronk joined the Bucs’ last year after being transferred from the Patriots and made his return from retirement in the last season.

The official Twitter handle for the Bucs’ uploaded a video featuring a hilarious interaction between the team’s general manager Jason Licht and Gronkowski.

Gronkowski, after taking a look at his new contract, is approached by Licht, who sees his contract and says “practice squad, yep”. A surprised Gronk exclaims “Practice Squad!?? Yes!” before laughing it off and proceeding to sign the contract.

The hilarious interaction between Licht and Gronkowski ended up going viral on the internet and fans in the online football communities could not stop talking about this wholesome moment.