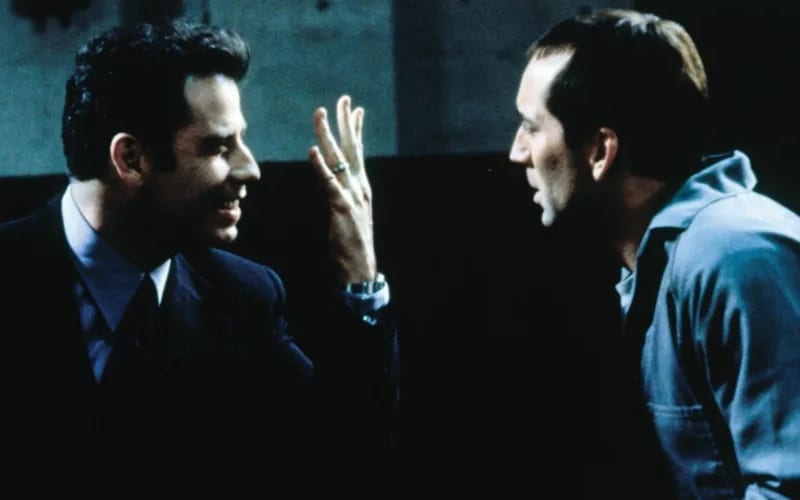 The 1997 film Face/Off is a cult classic and is an instant favorite for anyone who likes action movies in general. Last month, it was announced that Paramount Pictures chose Adam Wingard as the director in charge of producing the sequel to the classic film.

While speaking to JimmyO, Adam Wingard was asked about the Face/Off sequel and whether it would have John Travolta and Nicholas Cage returning for the film.

While Wingard didn’t share any details, he did give hints that the two actors could be involved in the film.

Well, it’s a bit early to say specifically about that. But what I will say is that the Face/Off story, it’s not about a surgery, you know what I mean? It’s not about the operation of switching somebody’s face. That’s just part of it, know what I mean? That’s what makes it kind of fun. But what Face/Off is, it’s the story of Sean Archer and Castor Troy and that’s what we’re continuing. We’re saying that we’re continuing that story twenty years later, you know, putting it in modern-day, a little over twenty years. And that’s all I can say right now because nobody has been talked to necessarily, none of the actors. There’s been lots of rumors and stuff. Are John Travolta and Nicolas Cage aware of this? Maybe!? You know!? But that’s all I can say.

We certainly wonder whether John Travolta and Nicholas Cage will be acting in the sequel, as the two truly made the original the classic movie that it was.